With love from Paris ~ our final day 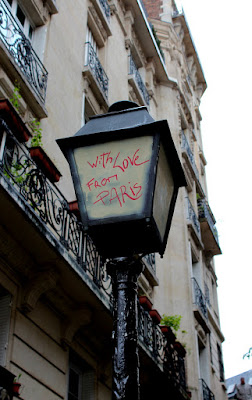 And so it comes to an end, this sojourn in Paris. One month in Paris and now, suddenly it seems, we must leave.

We don't really want to leave, yet it will feel good to be home again.

Spending one month in one place meant we were able to get to know our neighbourhood. Out of those 30 days, we had our morning coffee at Le Brio, down the street from our apartment, on at least 28 of those mornings. Sometimes we had lunch there, or an evening meal, and often, after walking home from a night out, we stopped there for a cognac before turning in. We got to know, a wee bit, a number of people at Le Brio, including Fabien, Lilou, Lily, Anne and a wonderfully caring young bartender-server who just celebrated his 17th birthday (one of the best bottles of red we had in Paris was on his recommendation!). 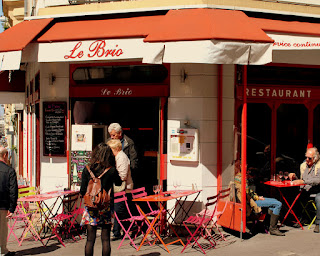 On our last day in Paris we stopped in for coffee in the morning, as usual, and were treated royally by Fabien and Lily, with warmth and best wishes for our return home.  At night, after a long day, we dropped in again for one final digestif  before bed. Again, when our hosts heard we were leaving the next morning, there were hugs and kisses, handshakes and high-fives all round, and additional, and generous, digestifs before leaving. It was an emotional end to a wonderful final day in Paris, and to our sojourn in Paris. 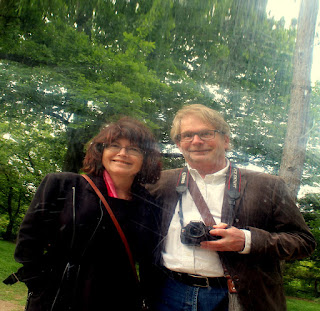 Travelling isn't just about seeing the sights, buildings and monuments. It's also about making connections with people, trying to converse in a different language and sharing those moments with smiles, laughter and understanding. Le Brio was that kind of place for us.