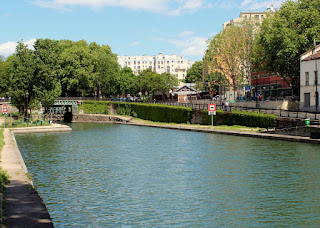 Canal Saint-Martin is a 4500 metre long canal in central Paris and begins at Place de Stalingrad. 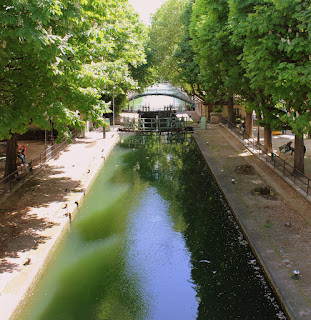 Construction began in 1802 as Napoleon desired an artificial waterway to supply the city with fresh water, and to avoid the problems of water-born diseases such as cholera and dysentery. The canal was financed by a tax on wine and some believed the tax unfair, and that taking a chance on cholera would be okay. Napoleon disagreed. The canal also allowed food, building materials and other goods to be carried along its waterway.

By the 1960s canal traffic had decreased significantly and there was talk of filling it in and creating a motorway. That didn't happen, and today Canal Saint-Martin is a popular walkway for Parisians and tourists alike.

Shops and restaurants have sprung up along the route and there are irritating canal cruises available for the tourists. Some barges still ply the canal and locks operate to allow navigation along the changes in elevation, which are quite visible as one walks its length. 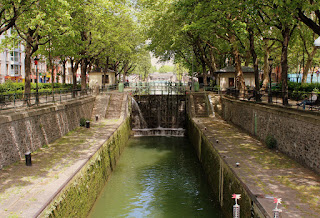 Canal Saint-Martin is often featured in guide books as a place to be, and something to do. I'm not so sure. Parisiens flock to the canal on a hot summer's evening to get away from their small apartments and that would create a buzz of some sort, especially as a large number of students live in the area. 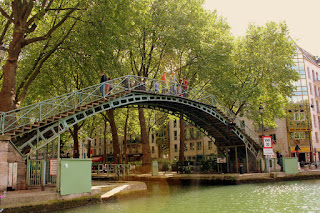 Overall, it's a pleasant enough walk, and if you start from Stalingrad that's a good enough reason in itself I suppose. If you begin your walk from the south end, from near the frenzy of  Place de la République for example, Canal Saint-Martin would be a gentle reprieve. 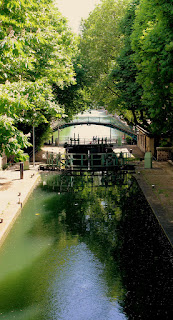