Grand Palais, Petit Palais, Pont Alexandre III and the grandeur of this place... 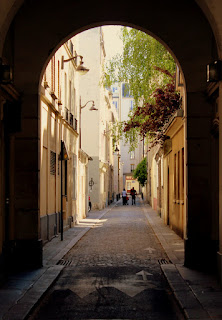 Walking around this city takes on, at times, the quaint views of an old European city. Away from the busy boulevards it's almost like stepping back in time to walk through an archway and down a narrow avenue. 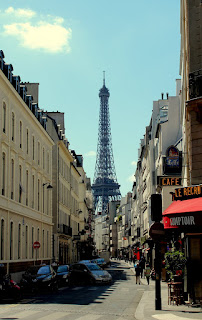 At other times, especially in the heart of Paris, the grandeur of the architecture almost takes ones breath away. 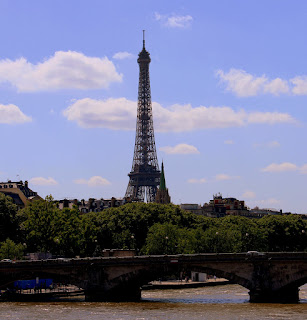 The Grand Palais, is a large historic site, exhibition hall and museum complex on the Champs-Élysées. It was built in 1897 in preparation for the Universal Exposition of 1900. Its construction also included the creation of the adjacent Petit Palais and the most ornate bridge in Paris, the Pont Alexandre III. 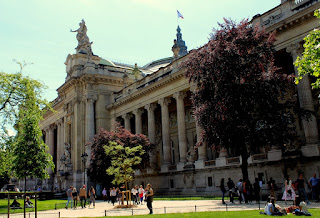 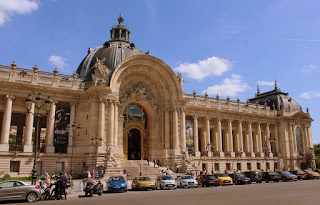 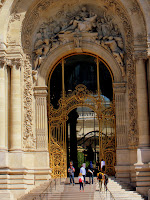 Today, the Grand Palais hosts a variety of displays throughout the year including showings by Chanel, and exhibitions by Jean Paul Gaultier and Diego Velázquez (the one we saw).