Walking to Stalingrad via Pigalle & a migrant camp 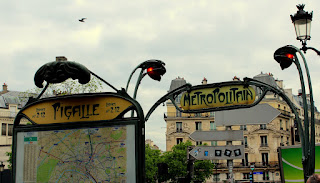 Looking back, it's difficult to understand why I walked to Stalingrad. I started walking around the southern part of Montmartre; the part that evolves from straight up businesses to a glitzy, trashy tourist zone. Somehow I ended up in Stalingrad.

Pigalle is neighbourhood on the border of the 9e and 18e arrondissements. It is south of Sacré-Cœur by only a few blocks  and its raunchy image contrasts with that of the Basilique on the hill. Pigalle and Sacré-Cœur do share a certain profit-driven spirit and tourists and pilgrims muddle together here. 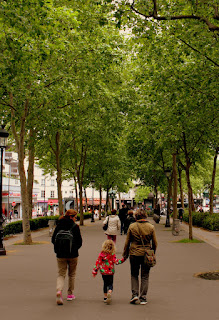 For much of my walk through Pigalle and then to Anvers, there was a comfortable green pedestrian boulevard running through the centre of the street.  The Métro runs below. 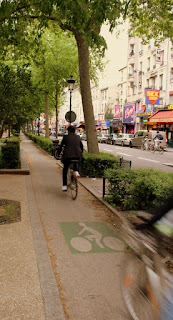 Toulouse-Latrec's studio was here in Pigalle somewhere, and Picasso and van Gogh both lived here once. Today, the Musée de l'érotisme is in Pigalle, along with the Moulin Rouge of course, and several Macdonald's, often beside sex shops. English signs are prominent, and at times English seems the only language to be heard. 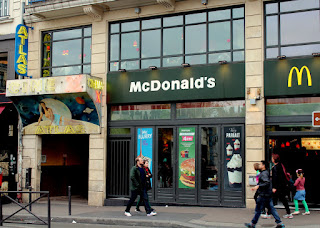 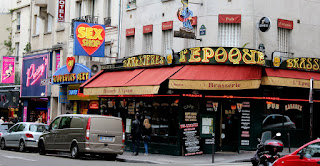 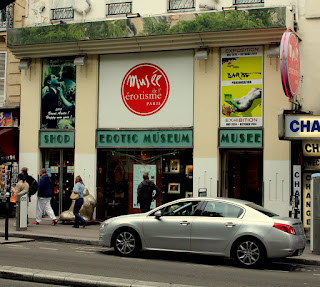 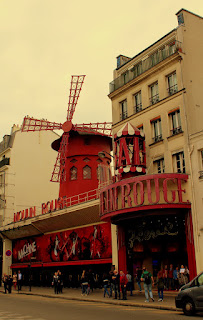 The street begins to change as one travels further east. Once the sex shows disappear entirely, so do the tourists and the pilgrims.

The neighbourhood becomes more South-Asian. There are Indien restaurants, East-African food merchants and sari shops too. 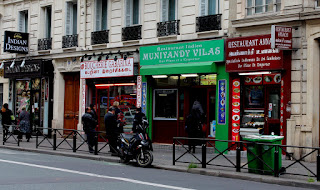 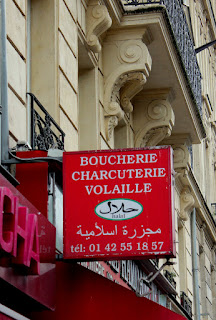 As this transition is happening on the street, the métro climbs out of the underground and becomes, of all things, a SkyTrain, though no one here would understand the term. The district changes again; it is now noticeably poorer, and the sights and sounds of the street reflect that change. It's difficult to continue to walk in the centre of the street that was once green and leafy, because it is a noisy place under the overhead tracks, darker and dirtier. 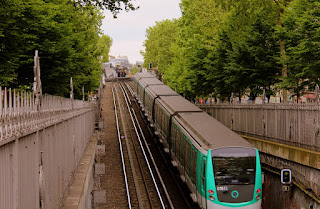 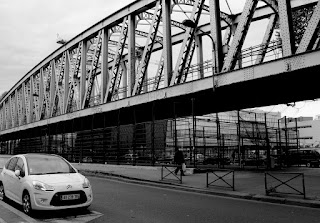 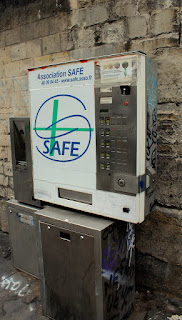 Paris has long struggled to set up safe injection sites for IV drug users, though needle exchange programs exist throughout the region. Here, for the first time in my walks around the city, are needle exchange dispensers; they exist elsewhere too, though less conspicuously. 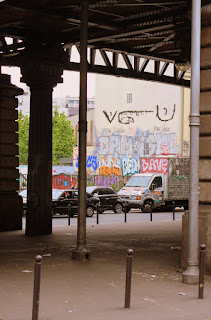 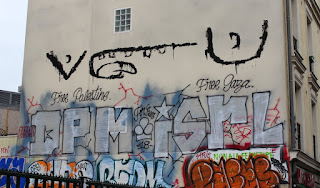 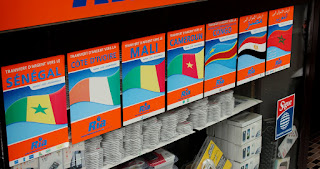 The multicultural mix of the street has become more African. Phone stores abound with discount plans to Mali, Cameroun, Congo, and elsewhere. Shops that offer secure and inexpensive ways to transfer money to family back home are common along a small strip of the street. French becomes the common language of the street again. 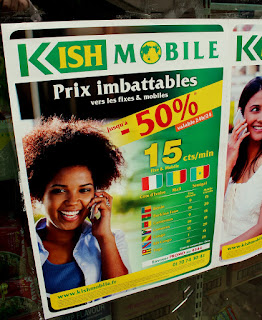 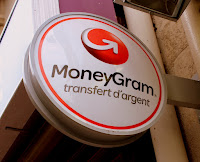 Near La Chappelle Métro station it starts. At first there seem only to be a few tents. Then fifty small tents are visible, then perhaps one hundred or more. All are under the overhead train tracks. People, mainly men and mainly black, stand around. There are open urinals. Portable toilets. Clothes hanging to dry. Sounds of laughter and of anger at the same time. 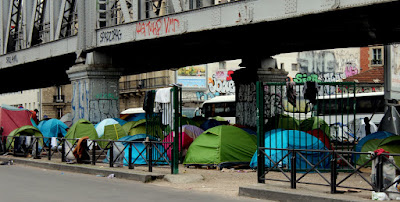 I'm wondering what I might be seeing. I've seen a few people begging in Paris, usually around métro stations, and I've seen people living rough, but nothing like the mass of displaced people I saw here at Chappelle. 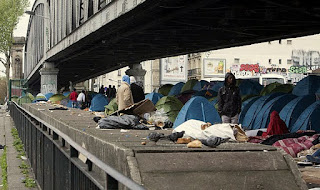 In fact, these people arrived about the same time we did at the end of April. These are some of the migrants we here about in the news; the migrants of capsized boats attempting to enter the EU by way of Italy. Here in Paris about 500 migrants, mainly from Sudan, Eritrea, Libya and Ethiopia, have pitched tents, provided by a charity group, in two locations including this one.

One of the charities providing basic help and provisions is Emmaus Solidarité, which has been tasked by the Paris City Government with coordinating efforts for the migrants. Food is supplied, doctors come by and efforts are being made to help by various levels of government. According to media reports, the City Government wants the situation resolved before the influx of tourists in the summer. What will that look like I wonder.

"These are people who have experienced tragedy and trauma throughout their challenging migration route," Bruno Morel, the head of Emmaus Solidarité, told the Journal du Dimanche . "These camps are expanding, but the conditions here are not adequate. We can give initial humanitarian relief, but we need solutions for lodging."

Virtually none of these migrants speak French and news media report that almost all want to go to Britain. Most have no money whatsoever. Many have no identity documentation. The location of this camp is handy for the migrants as it is close to Gare du Nord, the large European train station, from where they hope to sneak onto a train to Calais, a stop-off point on their way to the UK. Reports suggest as many as 2000 migrants are in Calais and conditions are deplorable. None of this makes any sense to me. 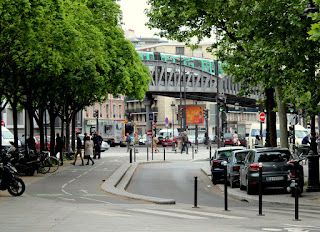 My walk continues and before I realize it, I have arrived in Stalingrad, or more accurately, Place de la Bataille-de-Stalingrad . It is unremarkable in every way. Named after the Battle of Stalingrad it seems lacking an appropriate symbol to mark such an important battle of the Second World War.

From 23 August 1942 to 2 February 1943 the battle for the city raged. Up to 2 million people, civilian and military from both sides, died during the battle. That doesn't make much sense to me either.

Commonly known as Place de Stalingrad, the square is at the intersection of Canal Saint-Martin and Canal de l'Ourcq. I continued to walk along the latter and the area changed yet again. The noise and confusion of a busy traffic hub were replaced with water, birds and an open airiness seldom seen in Paris. 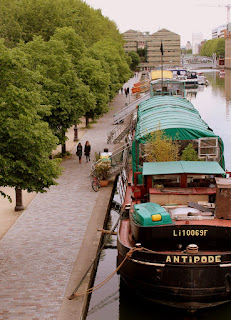 Walking along the canal was pleasant, almost surreal after what I had seen on my walk through Pigalle and especially Chappelle. Paris is not always picture postcard perfect.