Second-hand smoking in Paris ~ I have to break this habit

You can't help but notice, smoking is a big thing in Paris. At times it seems everyone around you is smoking; young, old, women, men, it doesn't seem to matter. During the past month in Paris I feel I've had at least a pack a day simply through second-hand smoke. I've never been a smoker, so this is a new experience for me. 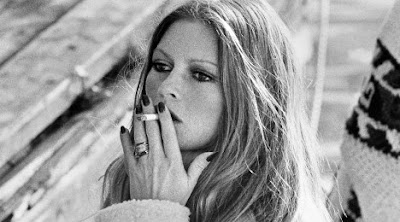 France has a reputation for being the cigarette-chimney of Europe. A casual check of tourist websites and you will find that smoking always figures highly in those unexpected-things-I-learned-about-Paris or the-ten-things-I-dislike-about-Paris polls. Smoking is always either number one or two.

The truth is more complicated.

For one thing, while there is a ban on smoking indoors, including all restaurants and public buildings, there isn't a ban on smoking on patios and the sidewalks. So, bistros and cafes expanded their seating outside, and the disgusting smokers migrated there out of necessity. On most nice spring days in Paris, everyone wants to sit outside, including non-smokers and tourists, and that's where we get the impression that this city is a chimney.

In reality, smoking has declined in France by 60% over the past 50 years. In line with most EU states, France is much less likely to light up than it once was, and rates slightly under the the official European average of 28% of the population smoking. Indeed, the anti-smoking group Droits des Non Fumeurs claims that only 47 billion cigarettes were consumed last year, compared to 84 billion in 2001. 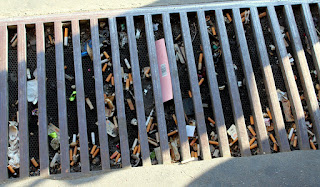 Young smokers buck the trend slightly, and alarmingly, France has a much higher rate of youth and young adult smokers than most of its European neighbours: 29% of students smoke in France compared to only 20% in the UK. Women here also smoke at a higher rate than in Canada or the rest of Europe.


Overall, France is not especially a nation of smokers and it isn't all that far removed from Canada in that regard. Sitting outside at a bistro however, the impression is quite the opposite. Sidewalks and gutters are littered with butts. If you absolutely can't deal with second-hand smoke, you will have to sit inside until the laws about smoking outdoors are reviewed. And they will be. Someday.

As for my new craving, I'm sure it will disappear once I return to the clean air of Vancouver. In the meantime though... where can I find a Parisian patio filled with smokers?