A night at the Paris Opera ~ The Magic Flute 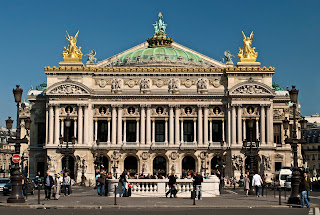 Last Thursday evening, we went to the Opera. Not at the elegant Opera House mind you. 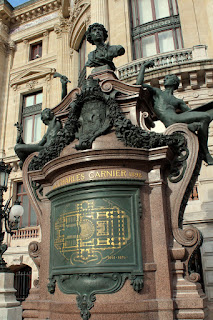 The Palais Garnier, setting for Gaston Leroux's 1910 novel The Phantom of the Opera, was doing ballet, so we were off to the Place de la Bastille, and that's another story. 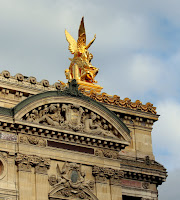 Our opera was being staged at Opéra Bastille, a slightly different looking structure to be sure, as you see from the photo below. The theatre seats 2700 and every seat, unlike Palais Garnier, offers an unrestricted view of the stage. Since 1989 Opéra Bastille has become the primary place for opera in Paris. 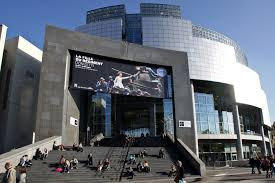 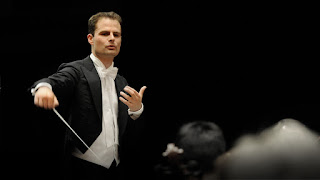 The opera was La Flûte enchantée, or The Magic Flute by Wolfgang Amadeus Mozart. The work premiered on 30 September 1791. On that evening Mozart conducted the orchestra. Here, 224 years later, it was Constantin Trinks. 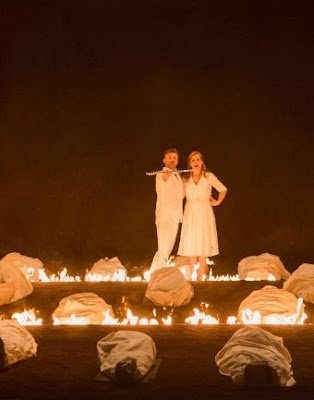 The Magic Flute is a strange story of magic, death, courage, love, and enlightenment, with a fair bit of Freemason lore thrown in for good measure (Mozart was a Mason, along with his key collaborators in this work). Vocal ranges for two of the singers have posed challenges for many singers. Both arias of the Queen of the Night require a rare high F6, and the part of Sarastro includes a notable F2 in a couple of places. This means nothing to me except to signal extreme difficulty, and when I heard it performed I realised why. The Queen of the Night was performed by the Canadian soprano from Halifax, Jane Archibald, and her performance was stunning. 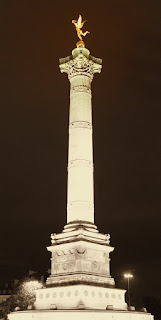 Indeed the whole thing was amazing. The music was brilliant and the staging of the work was impressive. Video, fire and water were all used effectively to create a wonderful evening. In fact, it was quite magical. Set and costumes were incredible, with the use of a combination of traditional and contemporary images, including a car remote door opener and backpacks. Fantastic! The performance started at 7:30 and ended at 10:40 with an 18 minute curtain call.

We ventured into the night to sit at a cafe overlooking Place de la Bastille, a wonderful way to end a great evening at the Opera. Spellbinding!

Some photos from Opéra Bastille website and others by Jim Murray. Copyright 2015.
Posted by Jim Murray at 06:40