Sometimes things don't turn out. Visiting the Bois de Boulogne is one of those things. 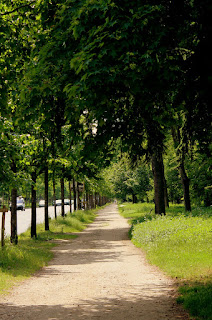 The idea was to go to Les Bois for a picnic. We had a nice bottle of rosé and thought we would pick up other things once in the park; this is Paris after all and the Bois de Boulogne is the park of all parks in Paris. According to guide books, this is an amazing place.

We entered the park at Place du Maillot, just off the elegant avenue Foch. We crossed the boulevard périphérique, which might have been a sign of doom in our venture; the  périphérique is the giant ring-road motorway that surrounds Paris, carrying thousands of vehicles every minute it would seem. 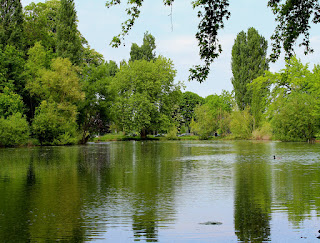 We ventured into the park after seeing a few signs suggesting we were going the right way.
As its name suggests, it appeared to be a large wooded forest with some pathways and one lone roadway visible to us. There was no sign of much else: no cafés or shops, no food trucks, and no toilettes either it would seem. The latter was becoming an issue and when we saw what appeared to be a coffee stand, we asked a gruff looking fellow, "Où sont les toilettes s’il vous plaît?" To which he said, quite simply, there aren't any. "None at all?" we asked. "Non."  This was not good.


We eventually found a toilette, outside the park, and then entered again, a mistake as it would become. We took a community bus to what we thought might provide some food and comfort. "Mais non." Getting off the bus, there was a prostitute standing by the road. And more trees, hookers, long grass, and not much else. Not a good thing for allergies, nor a person's piece of mind.

At night this part of Bois de Boulogne becomes a full-scale red light district for male and female prostitutes, their clients and the drug activity that tends to accompany prostitution. Apparently it's also a place to "hook up" for casual sex. The lack of proper toilettes, means a walk into the trees is necessary and that's what people do.

In short, this is not a place for a picnic, though we did find a small lake and some ducks and geese, where we enjoyed some of our rosé and a bag of chips. 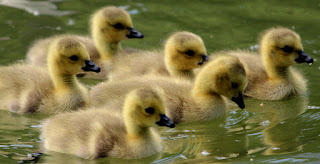 Possibly and probably, if one knew where to go in this park, or if a person is driving, there might be something to do and see in Bois de Boulogne, but not here.