Okay, maybe a bit of research was necessary in order to visit Bois de Boulogne and avoid the condoms on the footpaths, the hookers on the roads, and the shiftless-looking men wandering around with glazed eyes. Not to mention the problem with finding a toilette.

Bois de Boulogne is a large public park located on the wealthy west-side of Paris and was created in the mid-1850s. It covers an area of 845 hectares, much of it, as previously reported, wild and woody. In comparison, Stanley Park in Vancouver, Canada, has an area of 405 hectares, and some of it might be found to be wild and woody too.

On this adventure we took the Métro to Les Sablons in Neuilly-sur-Seine. Upon leaving the station, things looked better immediately. Other people, family-type people, couple-like people, seemed to be heading in the same direction. 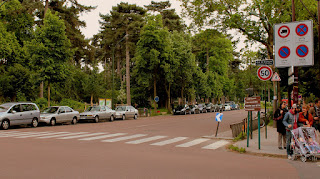 A short walk took us past an old gate house and into the park and its expanse of manicured lawns and well posted signage. 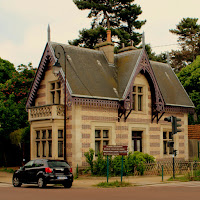 Within the boundaries of the Bois de Boulogne are several lakes, botanical gardens, a zoo and and an amusement park. It's also the home every year to the French Open tennis tournament, so it all bodes well that des toilettes are present somewhere. 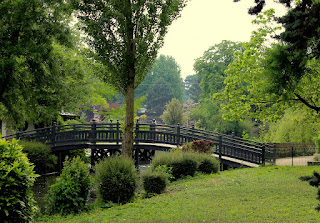 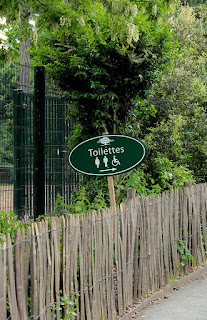 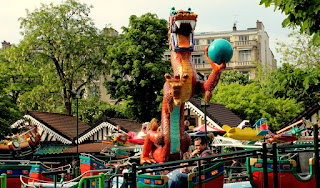 Eventually we found ourselves walking through the Jardin d'Acclimatation, an amusement park devoted to children and families that has all kinds of rides and activities. There are the usual rides, plus an aviary and some climbing things. Ideal for a family outing in the summer or on le weekend. 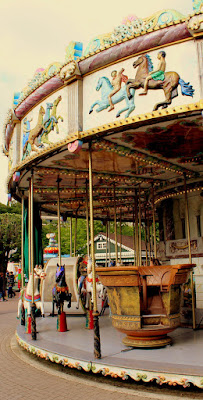 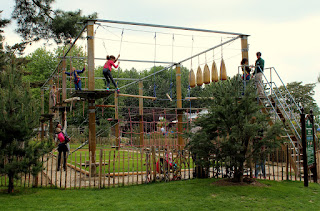 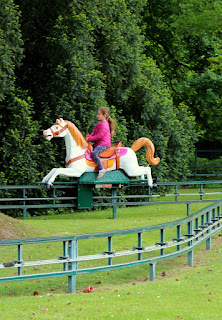 The horse ride appealed to Jeem and he met the height requirements. In the end though, there was a misunderstanding about a getting a receipt for his Senate expenses, security was called and Jeem had to "Move along now monsieur, s'il vous plaît." Well, maybe the officer wasn't quite that polite but at least Jeem wasn't detained this time. 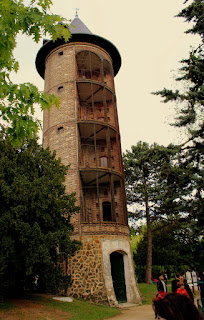 Our walk continued as we made our way, past an old pigeonniere and a mirror-of-sorts, and on to Fondation Louis Vuitton. This part of Bois de Boulogne is impressive and civilized. 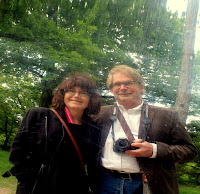