Within Jardin du Luxembourg rests the old Palais du Luxembourg, a majestic edifice to be sure, almost palace-like. It is here that one of Canada's newest senators recently attempted to visit. 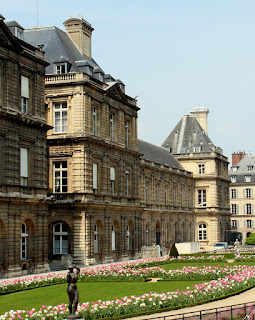 The truth is, after a lengthy career attacking and vilifying the Canadian Senate as unrepresentative, unelected and certainly ineffective in every possible way, Jeem now finds himself a member of that august body, and ready to ring up all kinds of expenses as is the appropriate custom of senators in Canada. 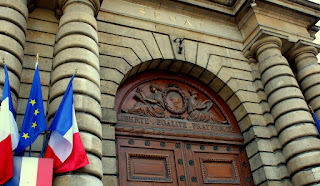 To be clear, possibly more honest and certainly less deceptive, Jeem has been elected to the University Senate of Kwantlen Polytechnic University, his term beginning in September. And to further clarify the previous statement, which might be slightly misleading, though not in any way by intention, Jeem wasn't actually elected, instead he was declared "elected by acclamation." Jeem would argue that acclamation is a higher, purer form of democracy. The bothersome spectacle of campaigning for votes is, somehow, an ugly side of democracy and unworthy of true democrats. Like Jeem. Better to be appointed. By acclamation if at all possible. According to Jeem. 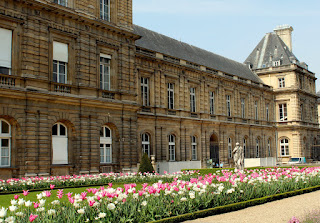 Having wasted no time getting on the gravy train, Jeem has journeyed to Paris, and in the true spirit of international goodwill, made his way to le Sénat. His goal, and the reason for the expense to KPU and to the taxpayers of British Columbia, is to research ways the Senate at KPU might benefit from improved relations with le Sénat of France. And of course Jeem hopes to confer with like-minded members of the Senate accustomed to even larger expense accounts than those of any senator in Canada. 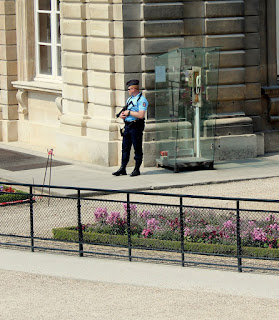 All of this might have seemed a good idea in the morning when Jeem et Sherry caught the 95 bus from the 18e arrondissement.  Now, in the afternoon, the enterprise is complicated by the fact that the Palais du Luxembourg is guarded by large, burly men carrying sub-machine guns. They aren't all that keen on letting some guy with an ID badge from some unknown École polytechnique in Canada into the halls of serious second thought, or whatever the hell they do in there. 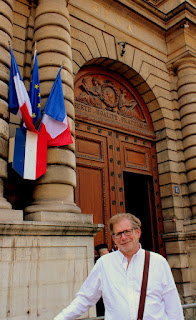 Maybe raising his voice didn't help either. Claiming diplomatic immunity when the guard asked for proper identification might not have been the right choice to make at the time. In the end, much later that night in fact, Jeem was released. He has promised never to return to le Sénat.

His claim for expenses, including legal costs, and a personal trainer while in custody, will be submitted. Of course. It's the Canadian way.