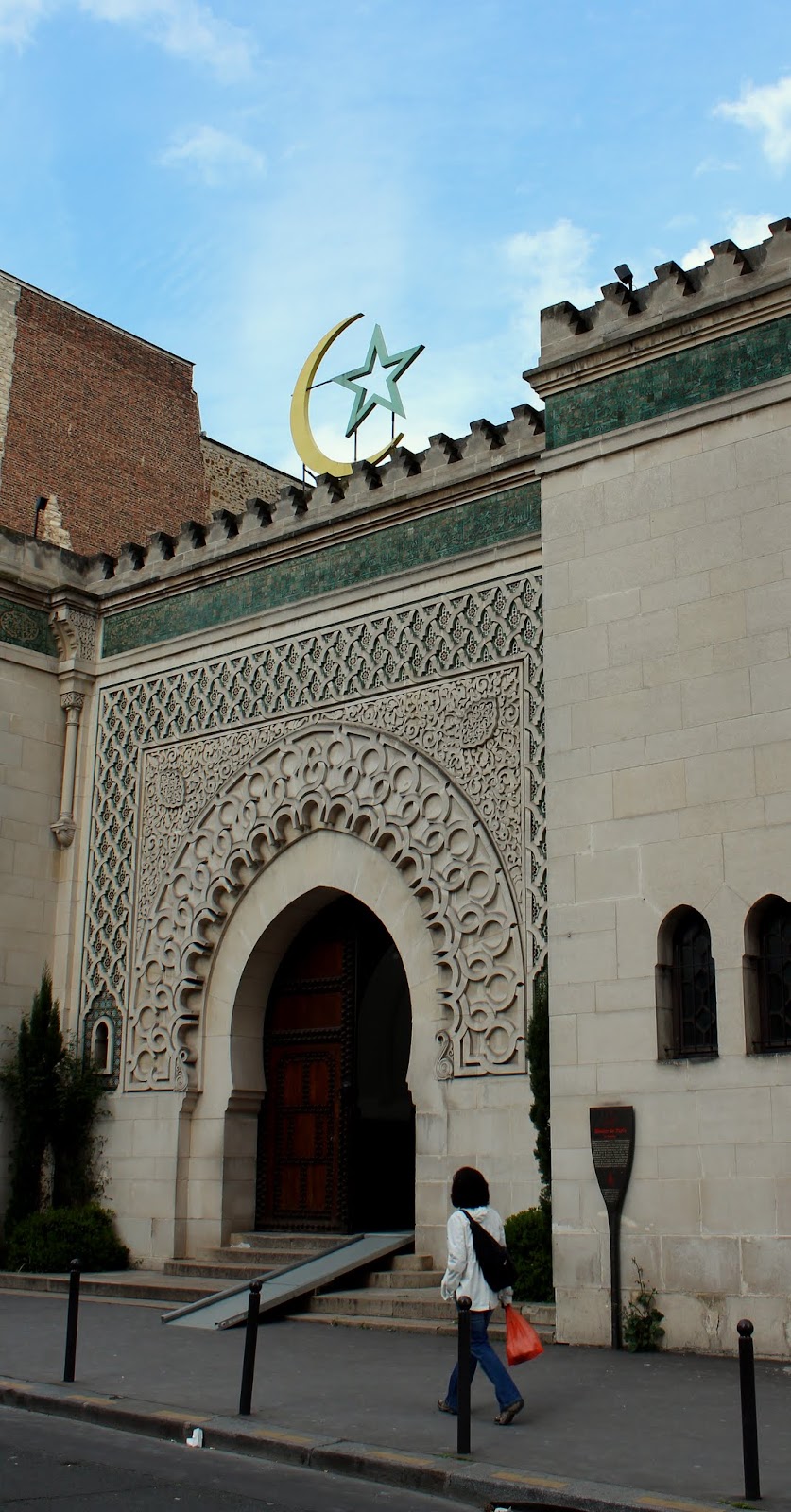 As is the case at Jewish sites, there was a police presence with sub-machine gun toting patrols walking the sidewalks around the mosque. 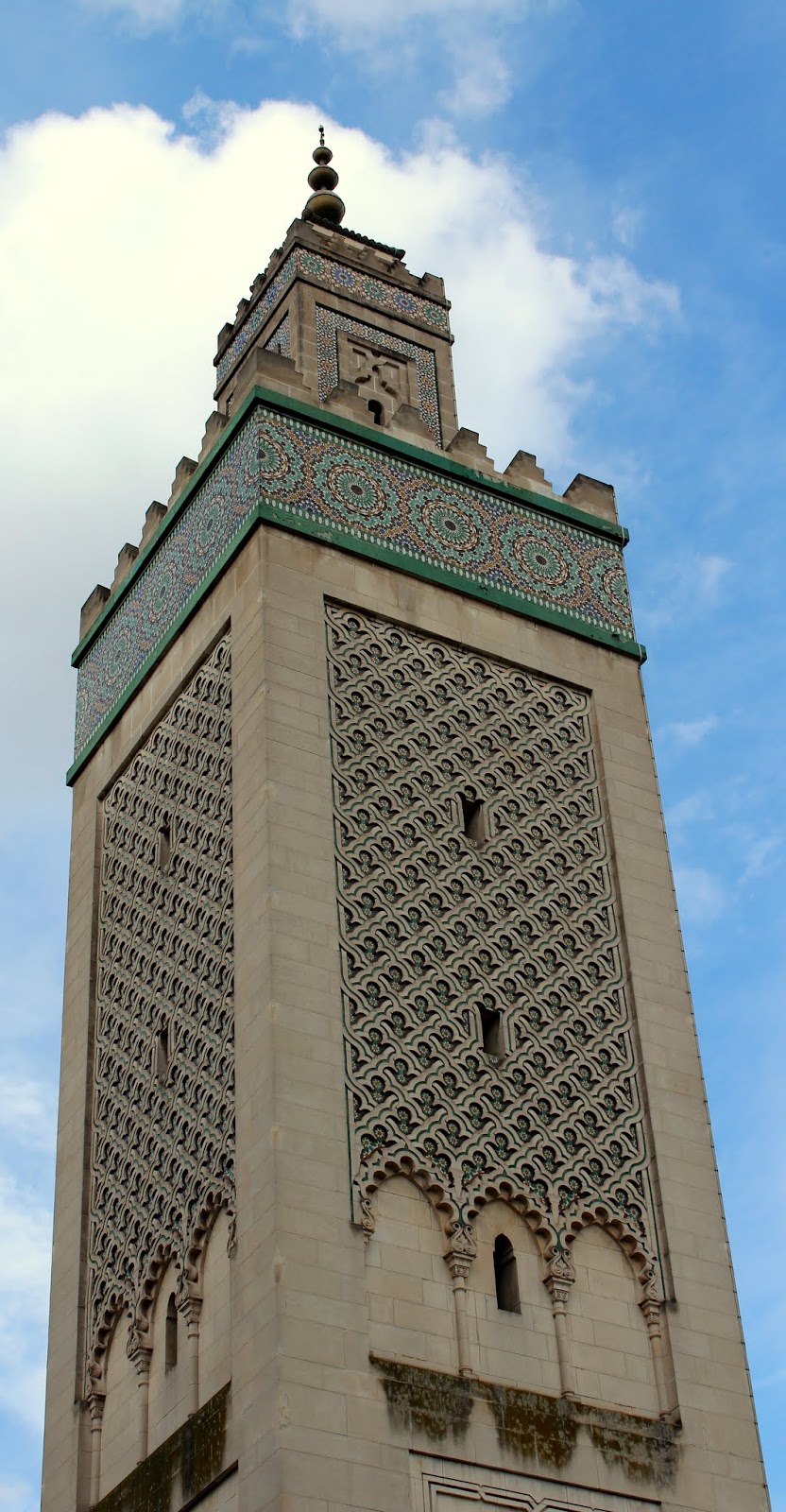 The mosque was built in 1926 in gratitude to Islamic members of France's colonial empire, of whom over 100,000 died fighting for France in the First World War. 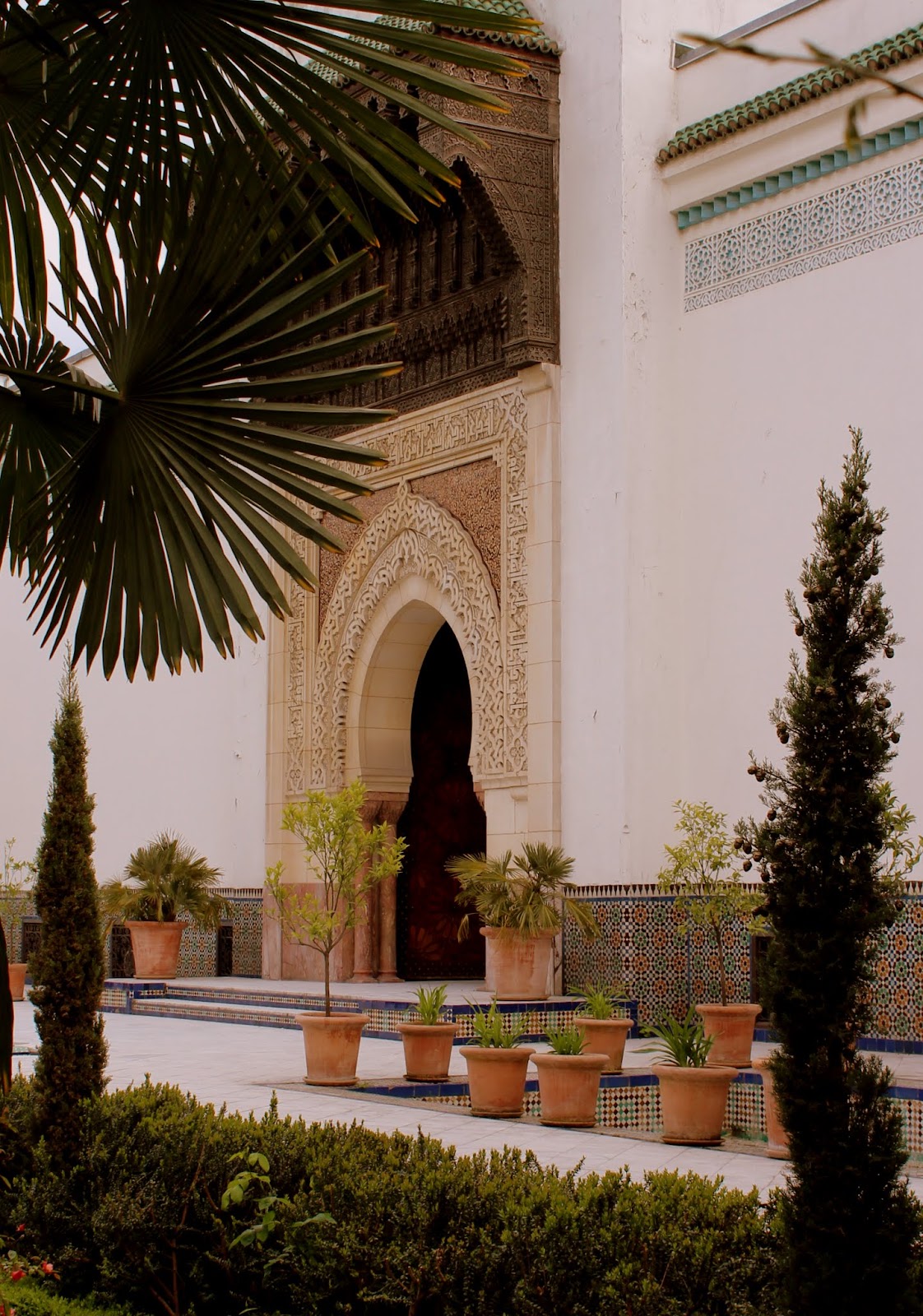 The mosque, and its 26 metre high minaret, was built in a art deco Moorish sort of style. There was a sense of calm and openness as we strolled through the mosque and I can imagine it being an oasis from the heat and humidity of Paris in the summertime. 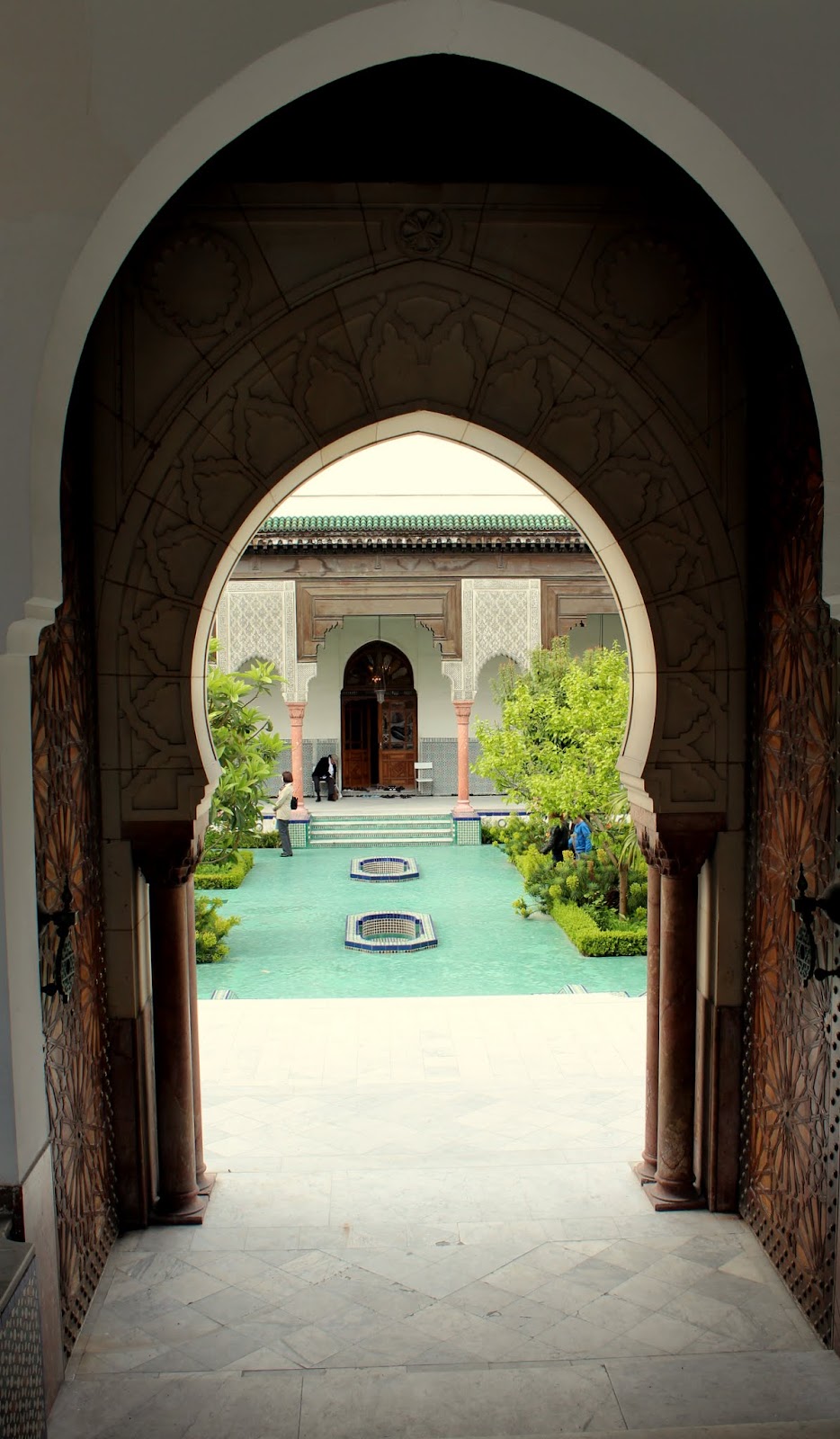 During World War II, when France was occupied by Nazi Germany, the rector of the day provided the mosque as secret refuge for Algerian and European Jews. The rector, and his congregants, provided shelter, safe passage and Muslim birth certificates to the Jews to protect them from persecution. 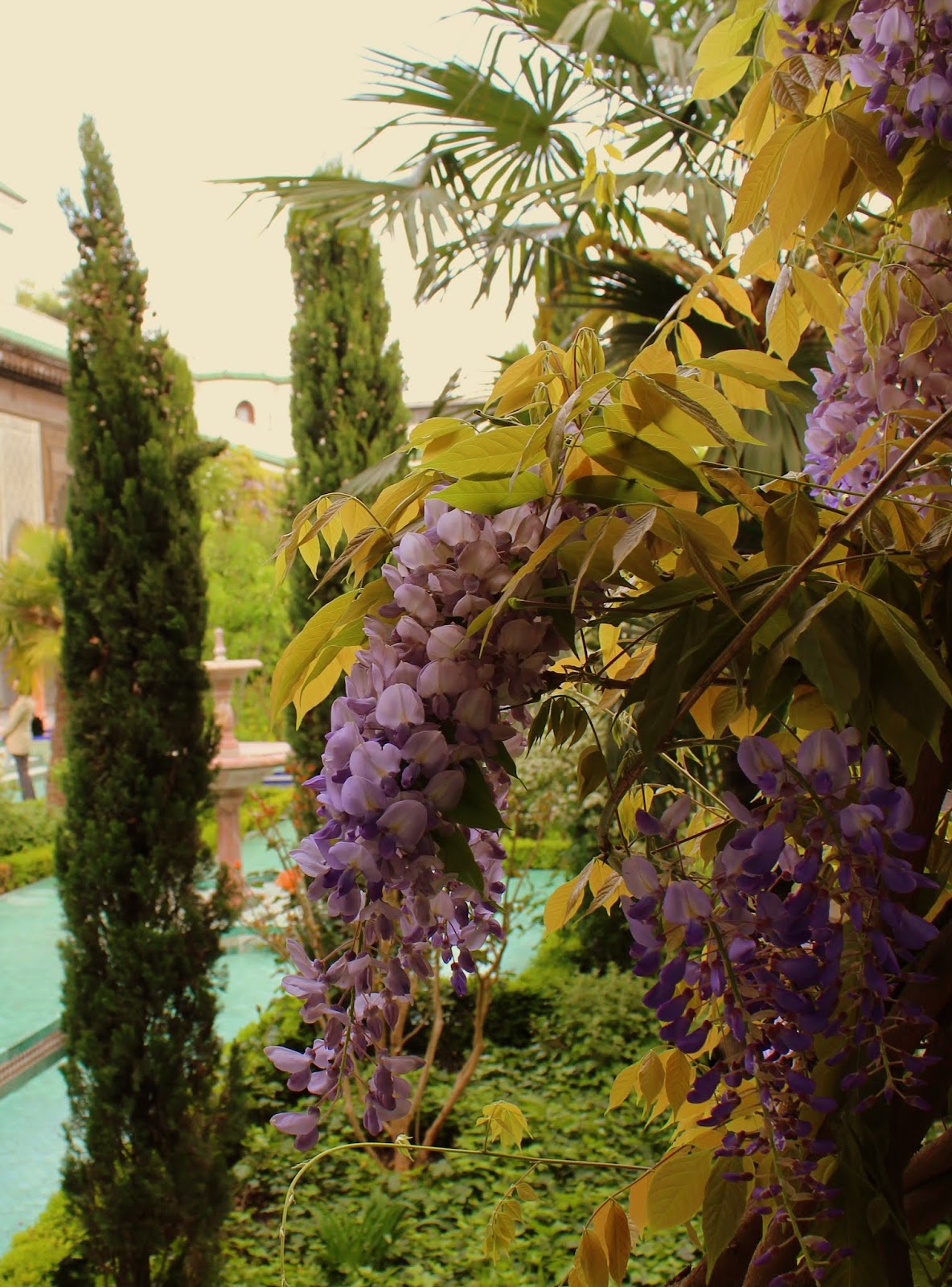 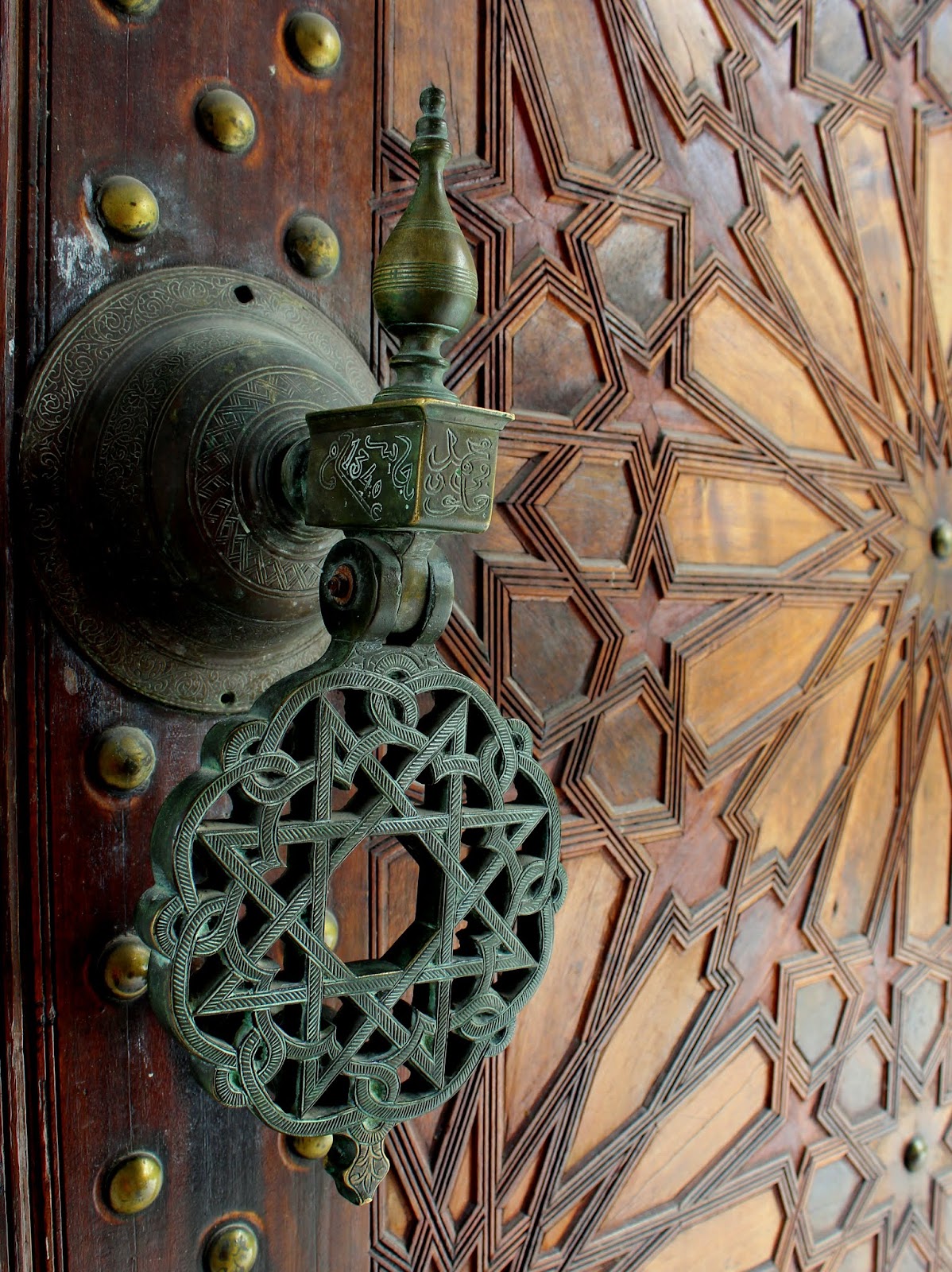 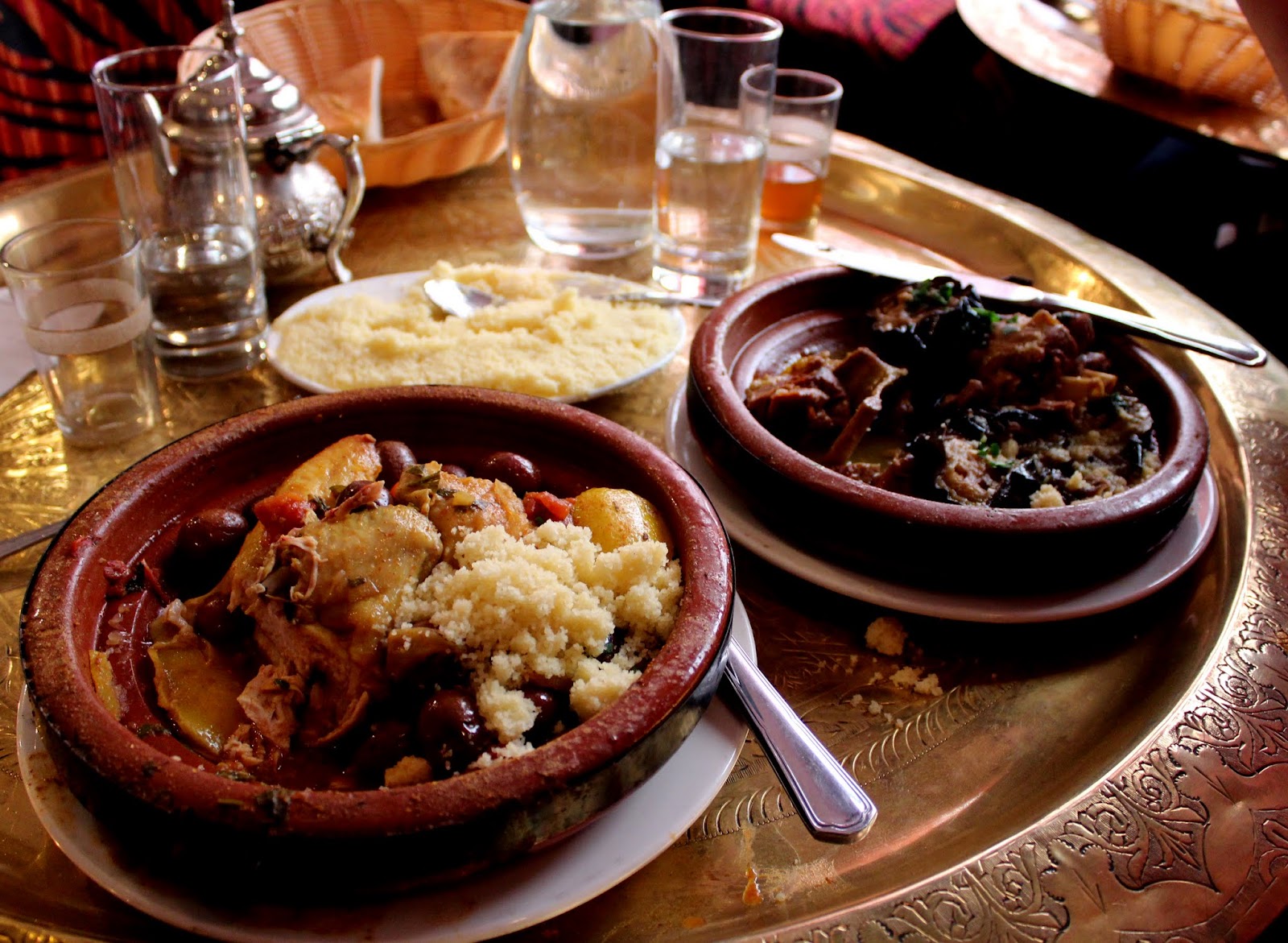 The complex includes a tearoom and a restaurant, where we had a late lunch of generous portions at reasonable prices. We both had tajines, lamb for Sherry and a chicken-olive concoction for Jeem. (tajine is a North African stew dish named after the earthenware pot in which it is cooked). 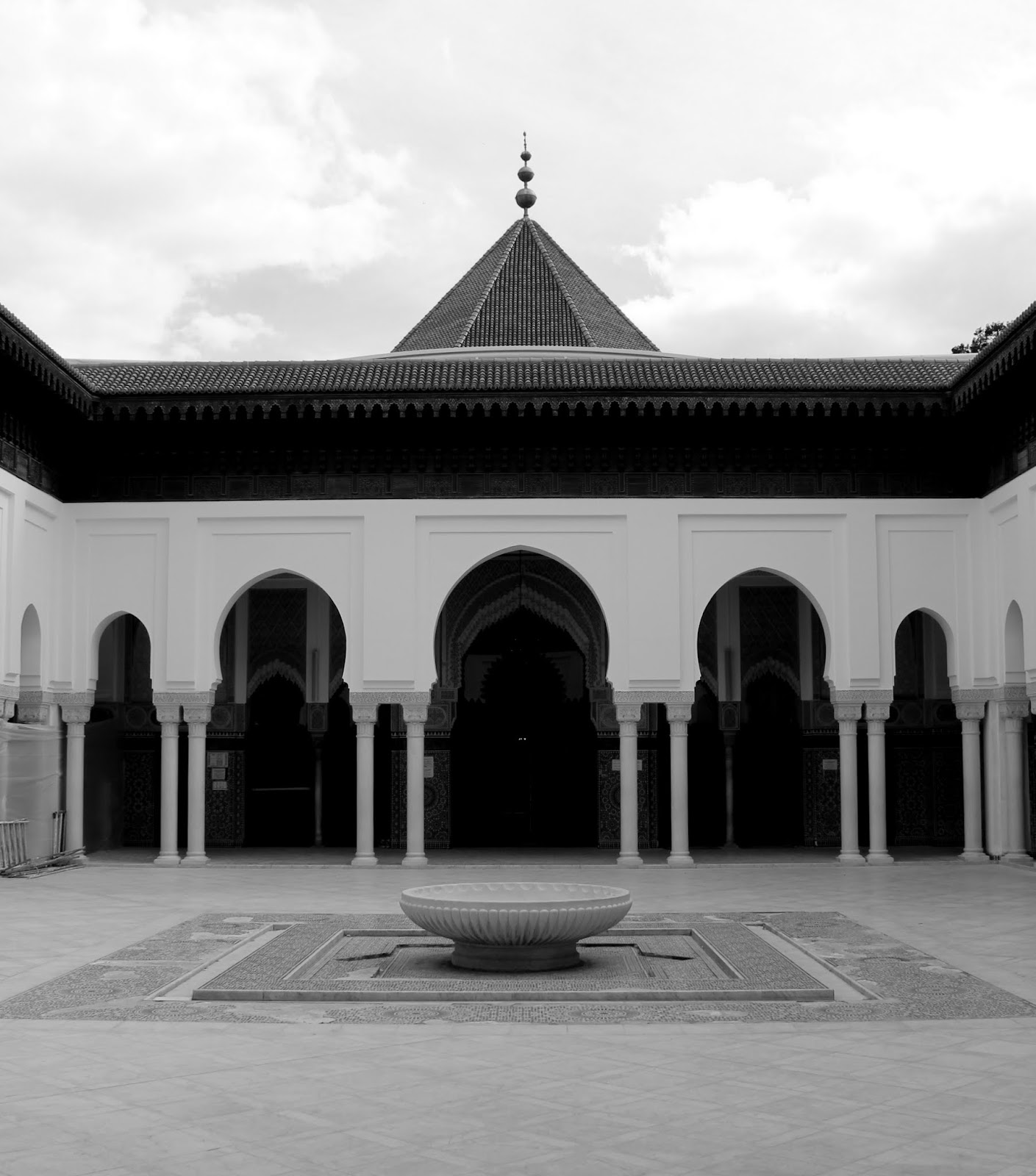 Another feature of the mosque is the hamman, a traditional Turkish-style bathhouse, where one can bathe, obviously, and have various scrubs and massages (men and women on different days of course). In hindsight, a better idea might have been to come here for the hamman and then a visit to the tearoom for tea and pastries. After all this walking, a hamman might be just the right thing. Then again, there is that minor problem of different days for different people. Maybe I'm missing something?