What is going on here? The quenelle and something else entirely...

During our sojourn in Paris, we saw people, mainly at the Louvre, having their pictures taken, while they performed a strange sort of salute, usually with their right arm. Well, that's what it looked like to Jeem.

Often the arm would be outstretched or partially bent, and the fingers on the hand would be coming together as if holding a string.

Sometimes the hand would be flat as if patting, or even worse, giving a salute that hasn't been appropriate for over 60 years. 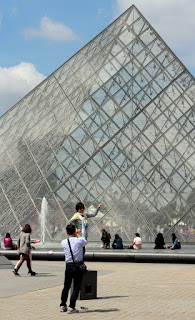 "What is going on?" we wondered. Well, maybe Jeem wondered more than the others in his party.

Could this be a variation on the terrible quenelle salute that created much controversy over the past two years?

The quenelle gesture involves touching or gripping your shoulder with one hand while holding the palm of your other hand outstretched and pointing to the ground. The BBC reported it is a combination of the bras d'honneur, which means up yours, and a reverse form of the Nazi salute. French politicians and Jewish leaders, both secular and religious, called it anti-Semitic. 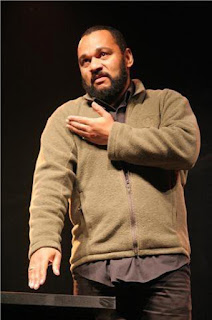 The gesture was first made by the popular French comedian known as Diudeonne. He is a strange character in the story, once being part of an national anti-racism campaign, he is now firmly aligned with the far right. Almost to the point of being one of those crazy people who blame Jews for everything, including the attacks on 9/11. That's him on the right.

While he says the gesture he first made is an anti-establishment symbol, his comedy routine features jokes about the Holocaust and Jews in general. The gesture went viral after several French football stars performed it after scoring goals in France and the UK. 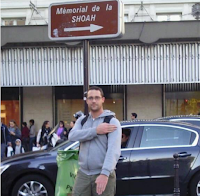 Well, if it isn’t anti-Jewish, why are its adherents performing it outside Jewish shops and museums, in front of synagogues, Jewish cemeteries and Holocaust memorials, outside Jewish schools, in front of posters of Anne Frank and, should there still be any doubt, on the railway track leading to Auschwitz? The pictures, thousands, appear on social media sites on the Internet. 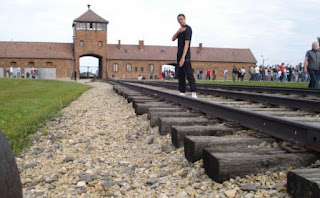 Thankfully, what is going on here, at the Louvre, is not the quenelle. Not even close. It took Jeem a bit of time to figure it out, but these nice tourist-types are positioning their fingers so when the photos is taken it looks as though they are touching, or lifting, or holding in some way, the Eiffel Tower, or one of the pyramids at the Louvre, or some other iconic symbol of Paris. Kind of a cute I suppose. 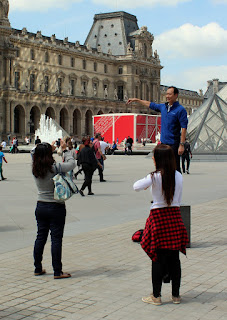 In our time wandering around Paris, we never saw anyone performing the quenelle salute. Perhaps the quenelle has died out, though I'm guessing not. There is a large segment of French society that feels shut out of full citizenship, be it in education, employment or political life. Frustration, despair and inequality feed extremism, and we ignore those root causes at our own peril.

Photos by Jim Murray. Copyright 2015.
Except for those featuring the quenelle - lifted from various places on the Internet, without permission,  from people who obviously aren't ashamed of what they are doing.
Posted by Jim Murray at 06:00