A bright, crisp day in Paris and a wonderful walk across the Seine takes us to the incredible Musée d'Orsay. 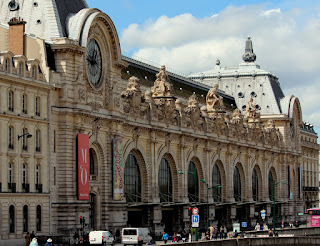 Musée d'Orsay is home to mainly French art dating from the mid-1800s to the early 1900s. The art is wonderful of course, with Monet, Manet, Degas, Renoir, Cézanne, Sisley, Gauguin and Van Gogh all here, but the building is almost reason enough to visit. 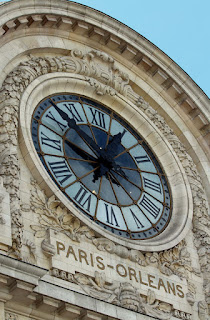 The building was originally a railway station, Gare d'Orsay, built in time for the 1900 Exposition Universelle. By 1939 the station's short platforms had become unsuitable for the longer trains that had come into fashion, and it was used for suburban services, and later a postal centre during World War II. 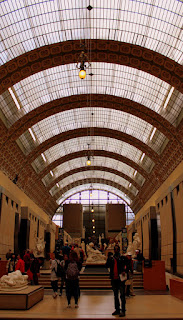 Permission to demolish the building and build a hotel in its place came in 1970, however the Minister of Culture stepped in to save the building. Eventually, after various meetings and studies, a decision was made to turn it into a museum. By 1978 a competition was held to design the new museum, and finally, in 1986, the museum was officially opened by then-president, François Mitterrand. Since then it has become one of the most visited museums in the world. 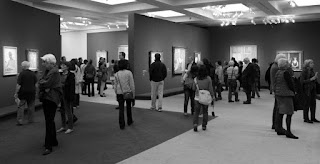 It's a relatively easy museum to navigate; not as large as some and certainly less overwhelming than the Louvre. 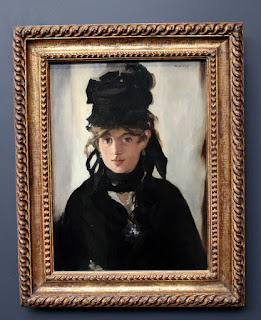 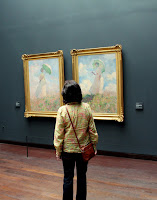 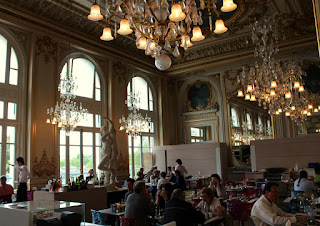 Not to be missed is a beautiful restaurant on Level 2, where an excellent break was provided midway through our viewing. The restaurant goes by the unassuming name of Restaurant, though it deserves better. It was a delight to sit, relax and enjoy an incredibly beautiful room. The food, wine and service were equally resplendent, and not terribly over-priced. 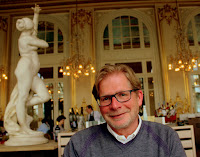 All too soon it was back to galleries where we were joined by a gaggle of school kids, all excited to be in the presence of masterworks of art.

The painting behind the students, is that of Gustave Caillebotte called Les raboteurs de parquet (The Floor Scrapers). Produced in 1875, it was one of the first paintings to feature the urban working class, and it reintroduced the male nude, though in this case, not entirely. 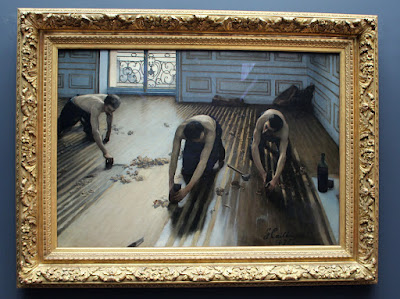 Caillebotte's painting was rejected by many critics of the day. The depiction of working-class people in their trade, and not fully clothed, shocked many and was deemed a "vulgar subject matter." 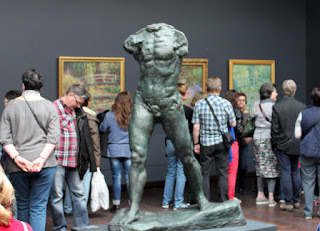 The image on the right is interesting in that the large, imposing piece, seemingly commanding our attention by the strength of the pose, is ignored by the viewers, possibly a reflection of the current times, though not likely. 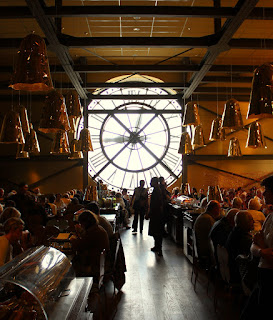 On the fifth level is the casual Café Campana, with its light provided by one of the giant clocks adorning the building. And  further along, amidst the art, are windows that lead, in summer, to a terrace from which one can view the city and Sacré-Cœur in the distance. 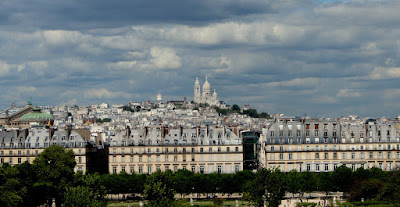 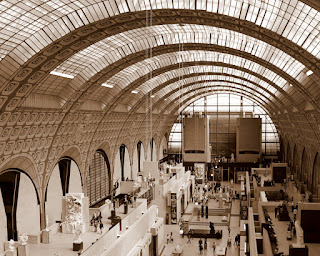 Soon enough, it was time for Jeem et Sherry to leave the Musée d'Orsay, with visions of trains and passengers filling the grand halls. And some fine works of art too no doubt. 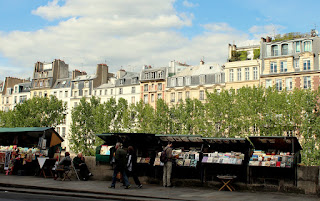 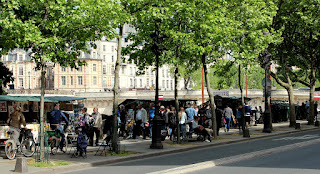 Outside, the book sellers along the Seine were busy, and we were off in search of another café.