Walking the Champs-Élysées to the Arc de Triomphe 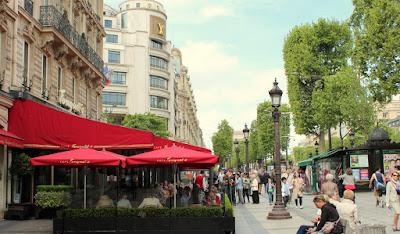 What could be more parisien than walking the avenue des Champs-Élysées? It's what we all do, parisien or foreigner, and it shows in the reflection of the faces in the storefront windows. Sometimes it seems as though we're not in Paris anymore at all, but in Akron, or Brandon, or Stuttgart. 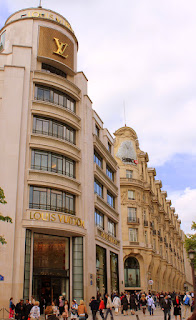 The Champs-Élysées is a boulevard in the 8e arrondissement. Almost 2000 metres in length and 70 metres wide, it has become a major shopping mall. Famous for its cinemas, cafés and luxury shops, it is also home to Gap, Tommy, Old Navy,pizza shops and more. 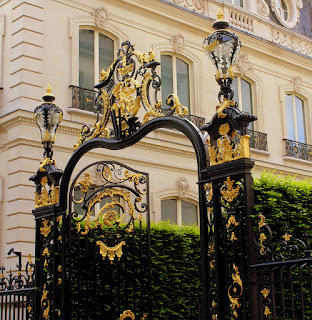 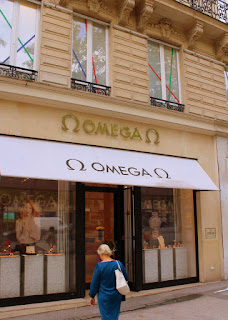 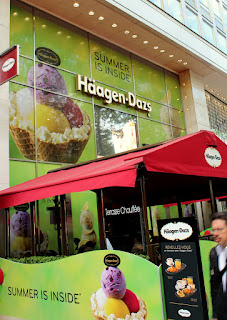 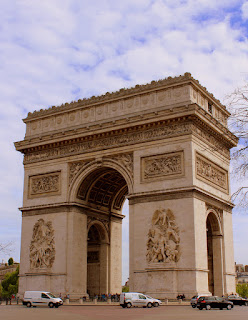 The Arc de Triomphe is another iconic visual of Paris. It stands at the centre of Place Charles de Gaulle at the west end of the Champs-Élysées. It was built to honour those who fought and died for France in the Revolutionary and Napoleonic Wars, and showcases the tomb of the unknown soldier from the First World War. 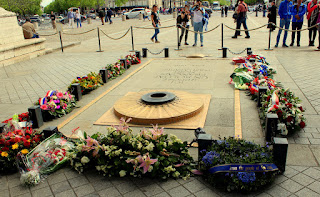 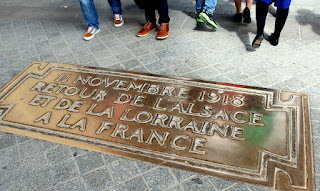 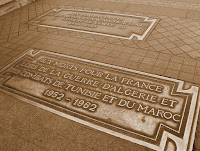 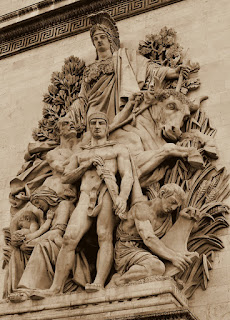 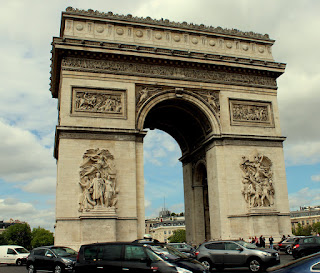 The Arc de Triomphe is located in the middle of an extremely wide traffic circle, filled with cars and motorbikes travelling at high rates of speed. My memory suggests that when I first visited Paris as a young man, I walked across this same roadway, dodging cars and trucks as I went. And survived. Could it be possible? Was that what we did? Was I crazy?

Fearless then perhaps, today it is easier to locate the pedestrian walkway that safely takes one under the traffic to the monument. Not as much fun perhaps, but more secure. And as is the case at other monuments, there are military women and men, with machine guns, patrolling the area, just watching for an errant pedestrian. 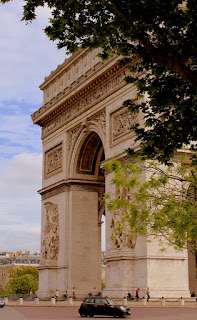 The monument stands 50 metres in height and it is 45 metres in width. You can visit the top for the price of a ticket.

Instead, we chose to walk and have some lunch. Such is the life of people who promenade the Champs-Élysées. Rather than dine with the KFC people, or in a place that might charge 15 euros for Ricard Pastis, we went slightly off the boulevard and found a wonderful little café on rue de Monceau, called Le 7 Bis Monceau. Friendly, and thoroughly French, the plates were simple, yet delicious. Salut!

And so, after an elegantly simple mid-afternoon lunch, as only befitting a walk along the Champs-Élysées, we headed back to the 18e.