Signs, posters and plaques that caught my eye in Paris.... 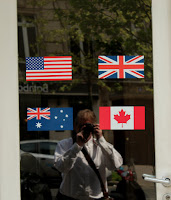 Not so common in Paris: Australian and Canadian flags. 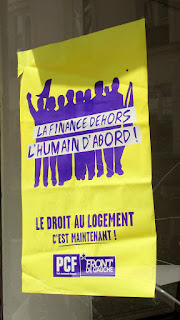 On the right, from the mild-mannered and polite Communist Party, which garnered 12 percent of the votes in the last election for President: Housing is a right.

Below, a clever play on words, also about housing. 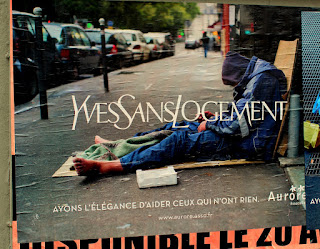 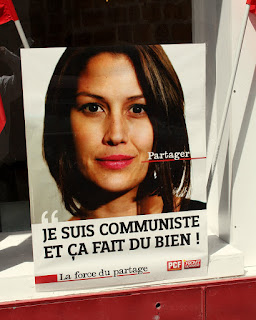 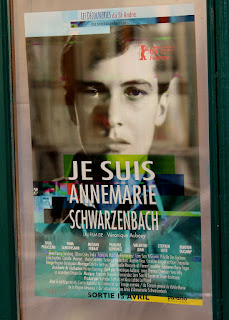 On the left, more of the je suis thing; this time for a film.

Again on the right, and again with je suis, the fresh new image of the Parti Communiste Français. 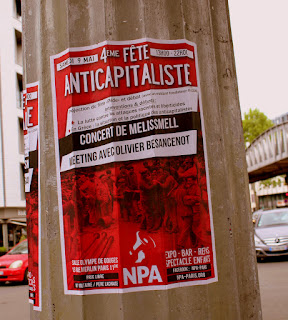 This poster caused no end of trouble for Jeem. He probably should have joined the PCF. Still, this group is called NPA... how bad could they be? Another brilliant play on words. 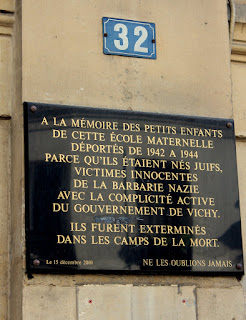 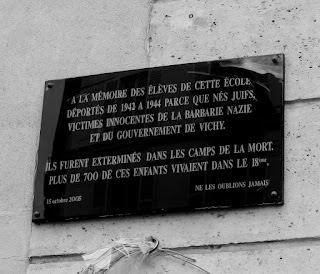 Above are examples of signs placed throughout Paris, usually on old school buildings, or sometimes on existing schools. The one on the left was seen in The Marais, and the other in Montmartre, but the signs exist throughout the city. Each plaque remembers the children of that school who were deported and killed by the Nazi regime, in collaboration with the government of the day in France. Any of the signs I have seen have only been placed since 2000, which might tell us something about something. I'm not sure.

Ne les oublions jamais. We can only hope.
Photos by Jim Murray. Copyright 2015.
Posted by Jim Murray at 16:00