Under the reign of Napoleon I, between 1802 and 1804 the first metal bridge in Paris was constructed for pedestrians. In 1975, the Ministry of Culture declared this bridge a national historic monument. Today Pont des Arts is considered a part of the larger UNESCO World Heritage Site that takes in much of the Paris riverfront.

Since 2008, for reasons that escape all sane people, tourists have been attaching padlocks to this bridge, and others. Usually their names or initials are written, or even engraved on the locks, which are then attached to the railing or grate on the side of the bridge. This is not a French tradition. 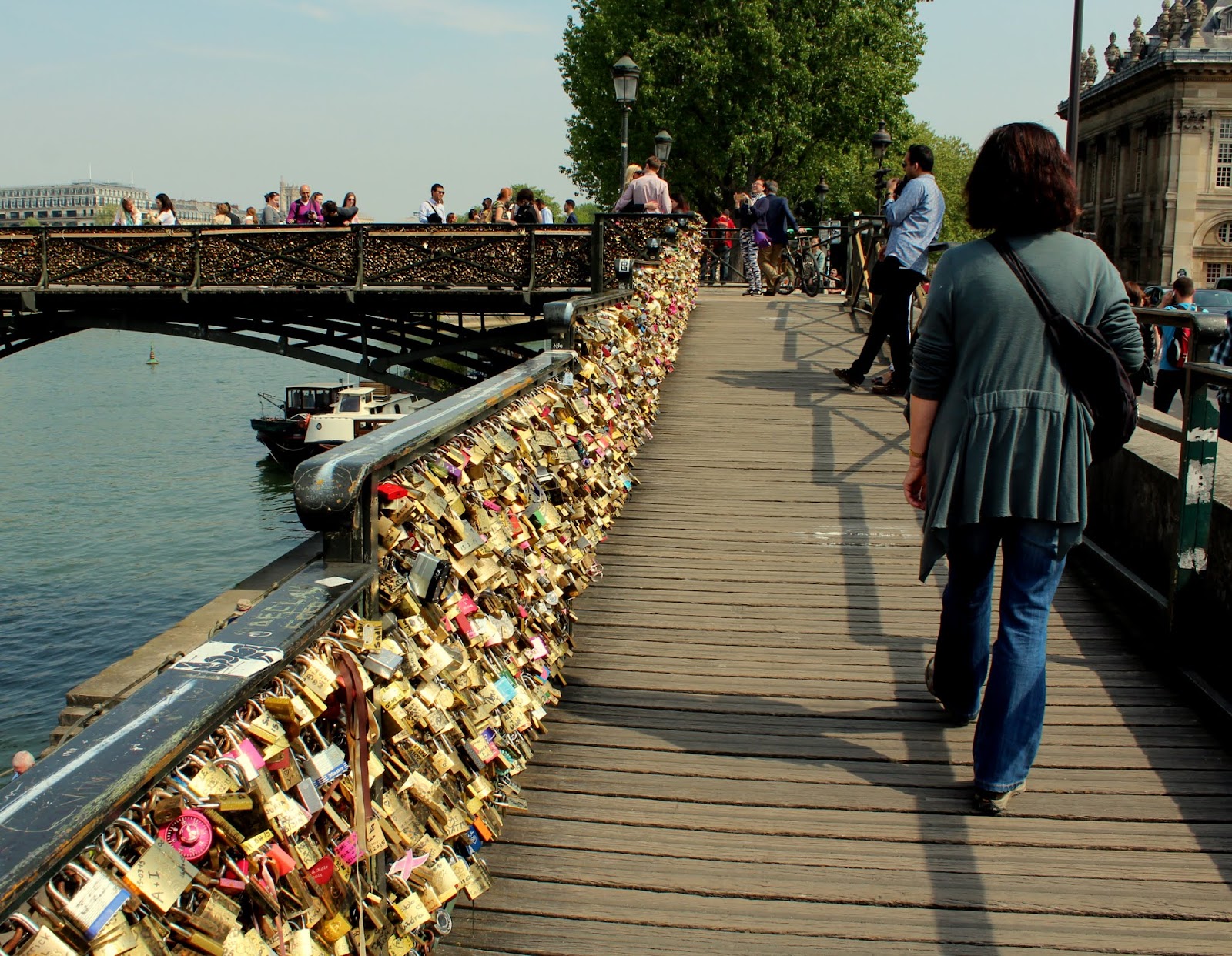 Since 2012 the number of locks covering the bridge has become overwhelming, with locks being attached to locks which are attached to other locks. In February 2014, Le Monde estimated that over 700,000 locks were attached to Pont des Arts. It is thought that nearly a million locks now cover the bridge, posing a structural and safety concern to authorities and an aesthetic issue to citizens. Parisians are not amused, nor is the municipal government. 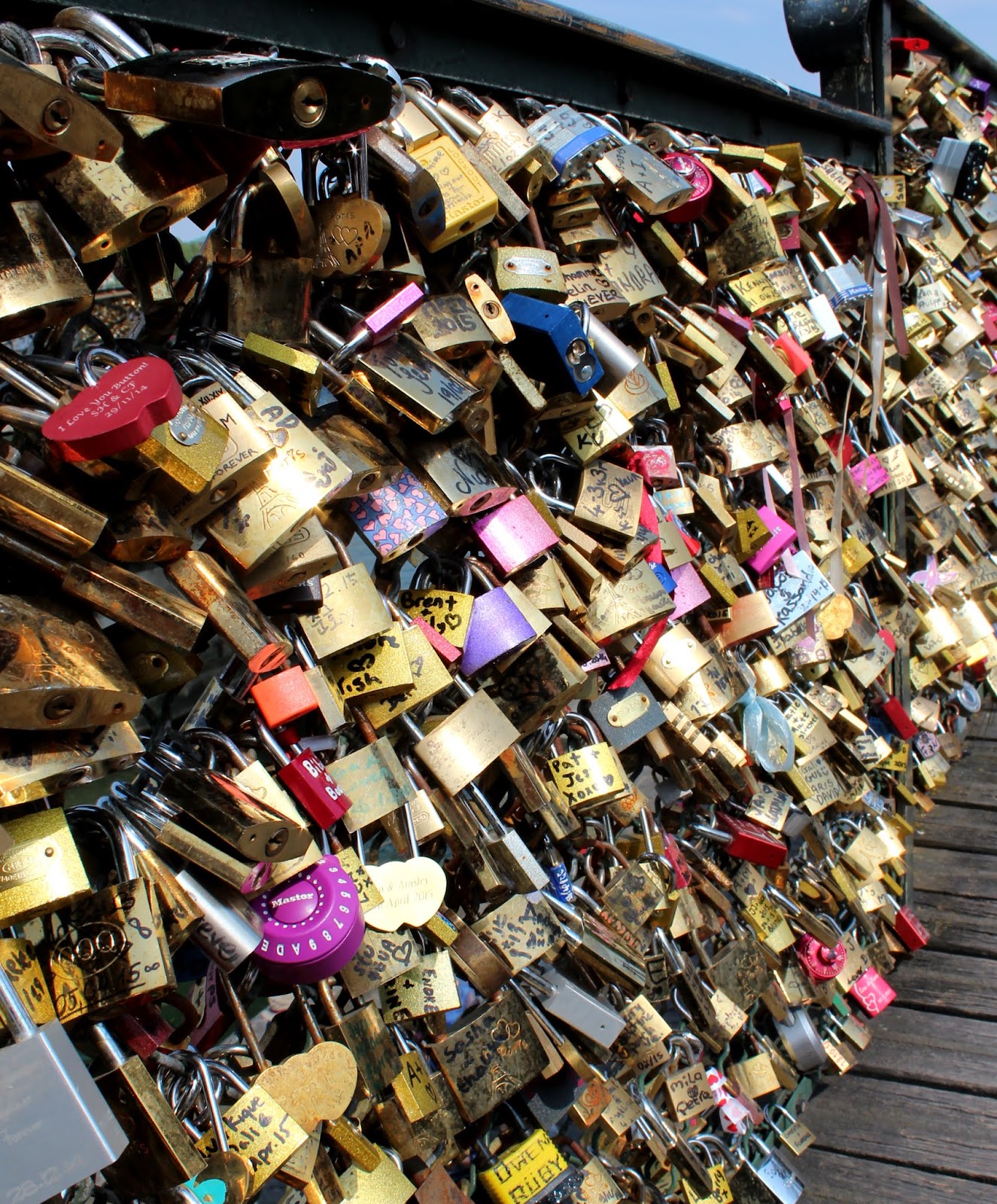 In June 2014, part of the parapet on the bridge collapsed under the weight of all the locks. The government has responded by asking tourists to consider taking selfies as a gesture of unending love, rather than attaching a lock to an old bridge. As if the selfie people need any encouragement. Glass and plywood have been affixed to the bridge as a deterrent. 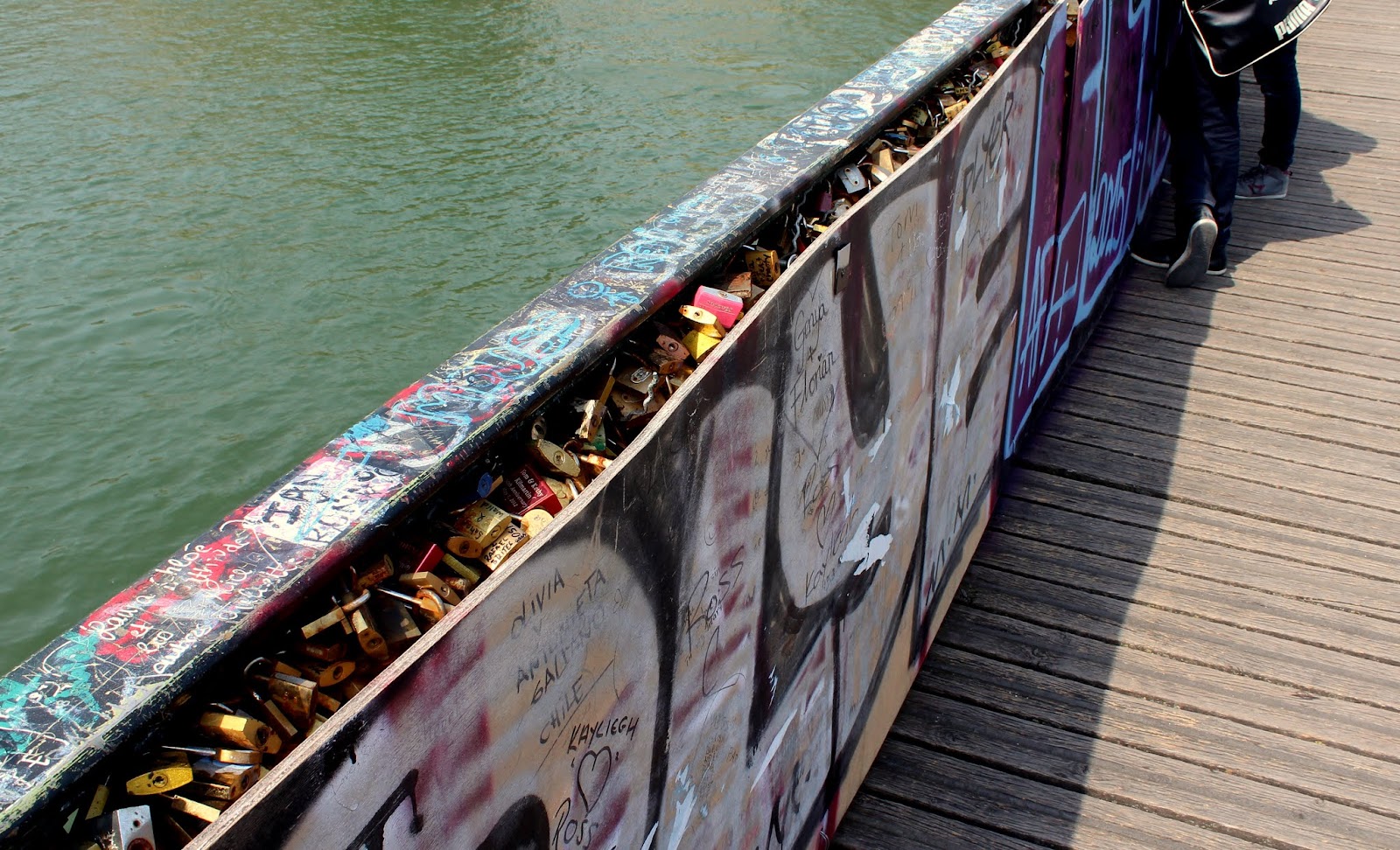 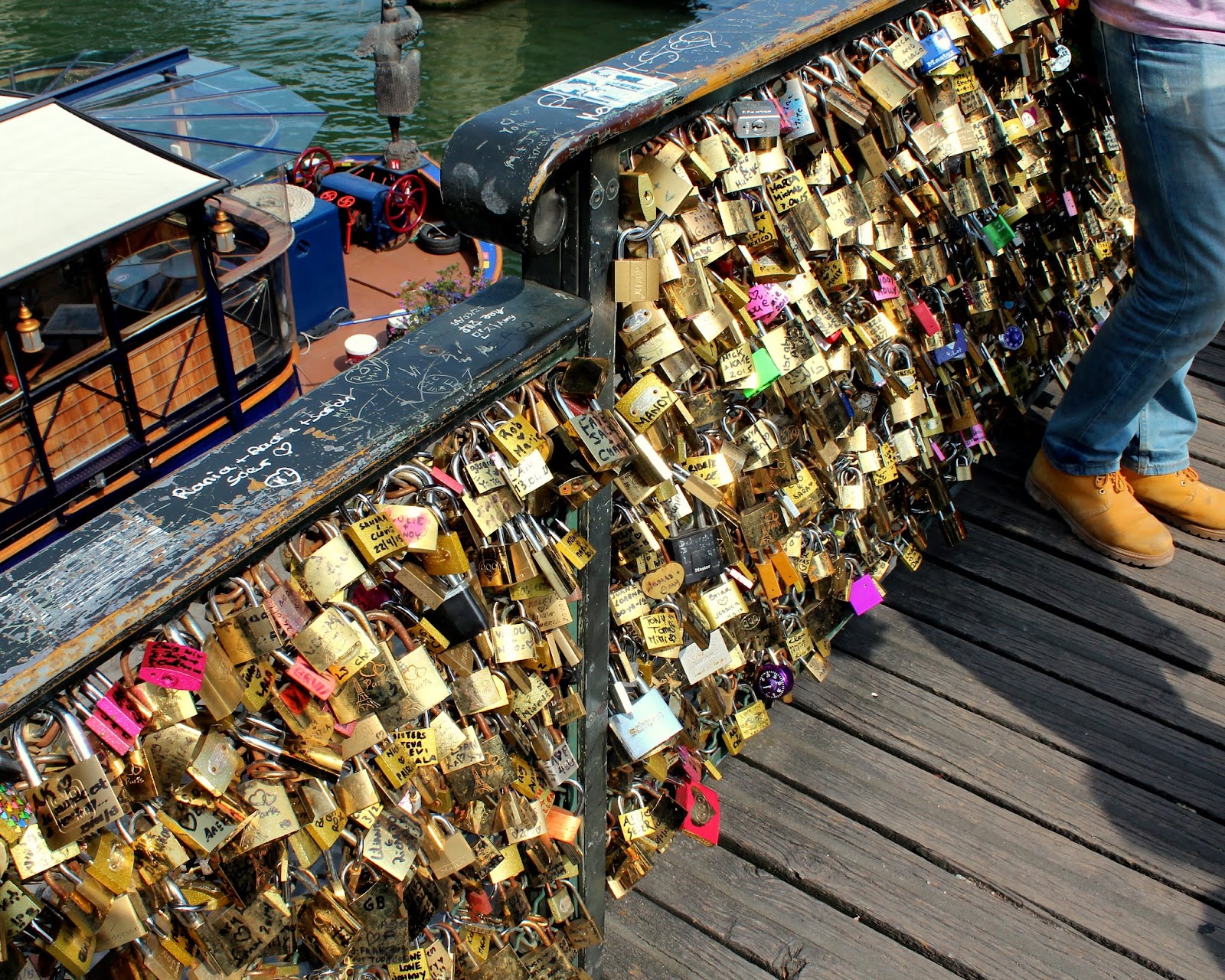 While we walked across the bridge one fine sunny day last week, we didn't see anyone attaching locks. We did see sidewalk vendors on the approaches to the bridge, and on the bridge itself, selling locks.