The Eiffel Tower ~ midnight in Paris

It was a wonderful spring evening in Paris, crisp and clear. The weather has been unsettled lately, as it can be in late April, but tonight was grand.

We finished an evening meal in our apartment and took a bus to the city centre. Our intention had been to walk along the avenue des Champs-Élysées, the beautiful boulevard in the 8e arrondissement of Paris: almost 2000 metres in length and 70 metres wide, with its theatres, cafés and luxury shops. Possibly distracted by the views from the bus, we missed our stop. 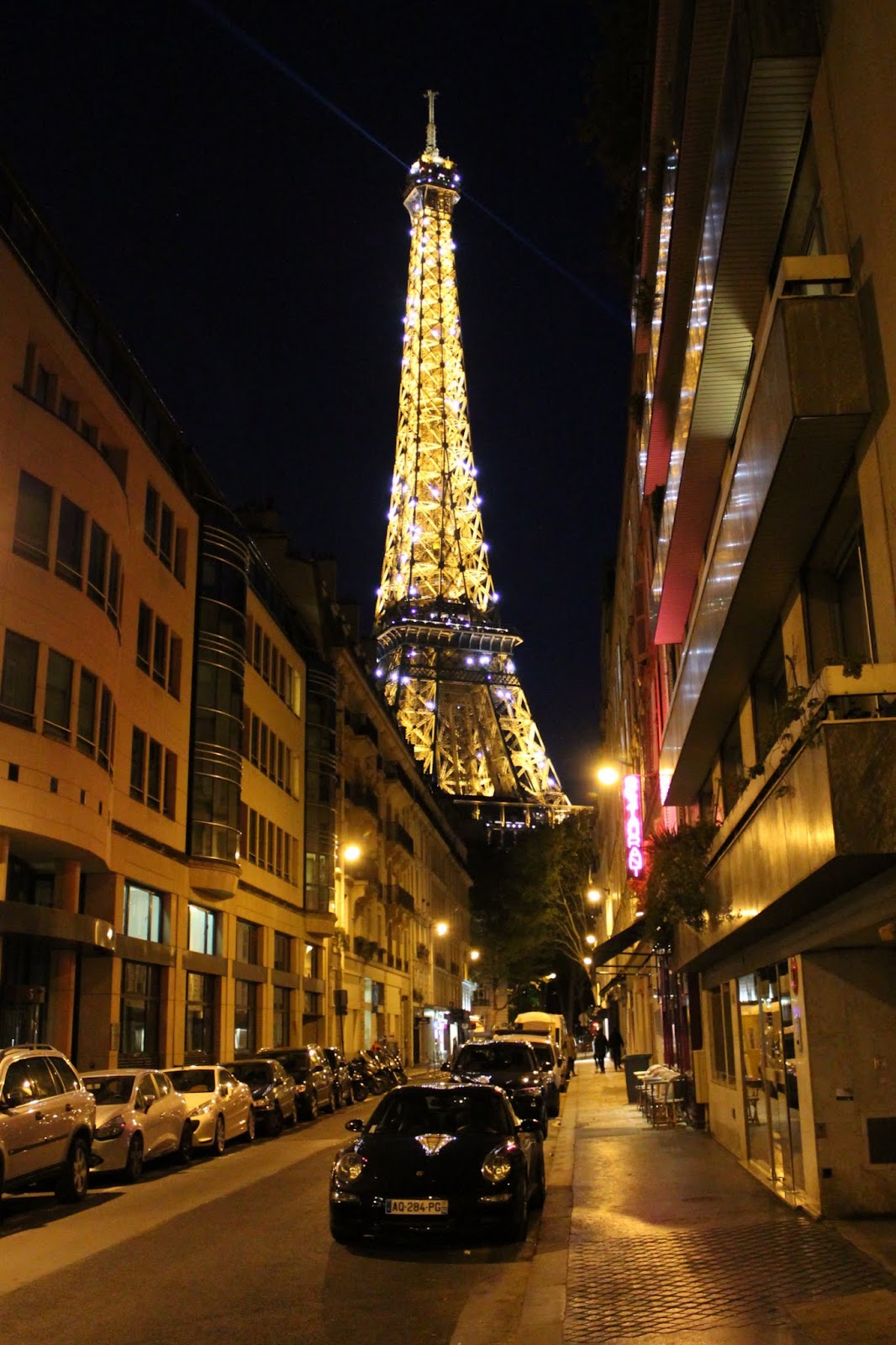 Getting out, somewhere, we walked along several narrow streets until we turned a corner, looked up and saw la tour Eiffel.

There is something wonderful, almost magical, about all-at-once seeing the tower along a narrow Paris street. There is a time-shifting quality to the experience as one looks along a quiet street and views the very thing that defines our image of Paris. Looking at it, we could only say, "Ahhh..." 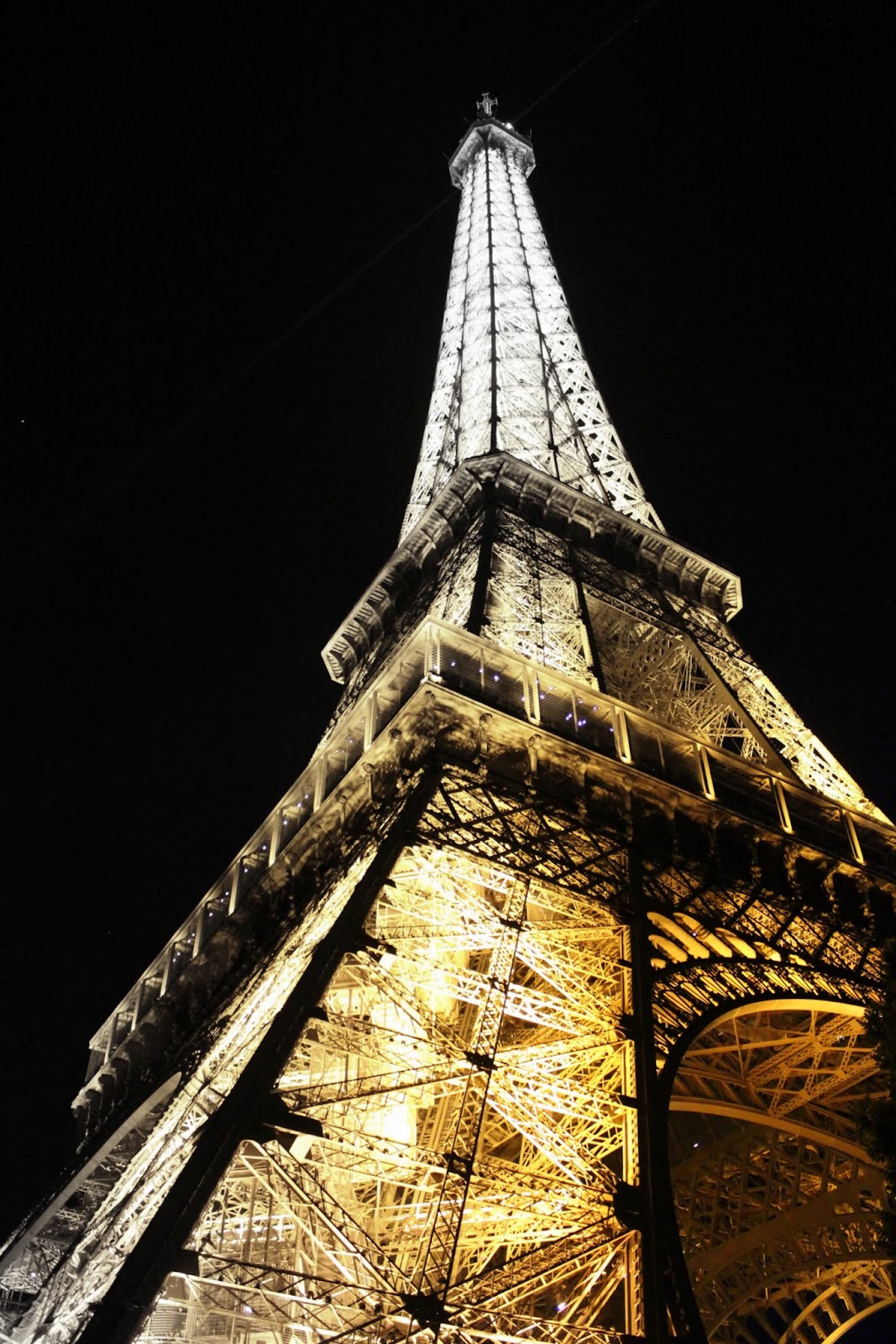 We continued walking until we ended up in line to buy tickets to the top of the tower, and on a night such as this one, why not? We're here. 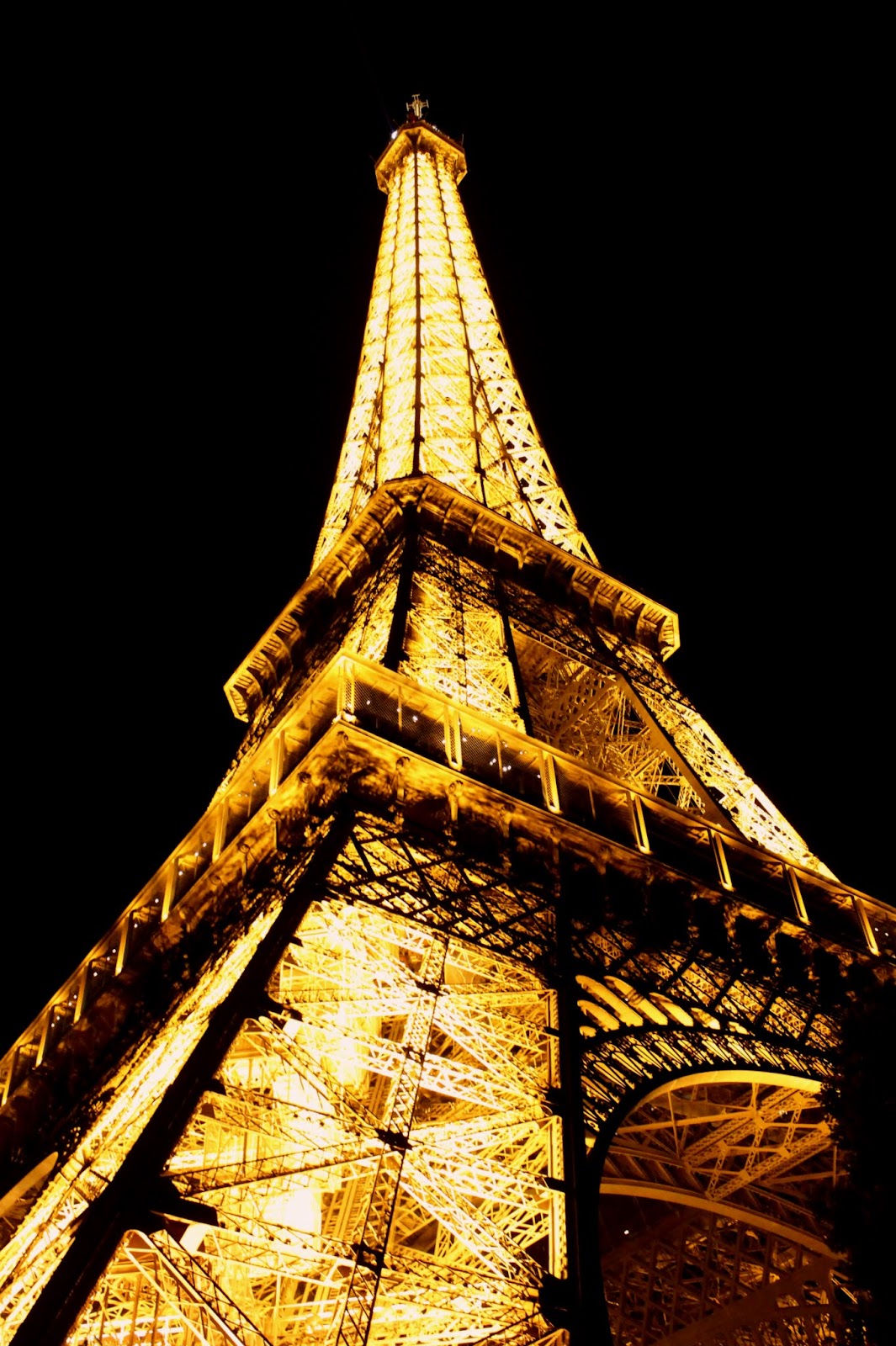 The Eiffel Tower is an iron lattice tower named after Alexandre Gustave Eiffel, whose company designed and built the tower. Erected in 1889 to serve as the entrance arch to the 1889 World's Fair, it has become a cultural icon of France and is one of the most recognised structures in the world. Over 7 million people paid to ascend the tower last year. The queues can be long, but not this night. 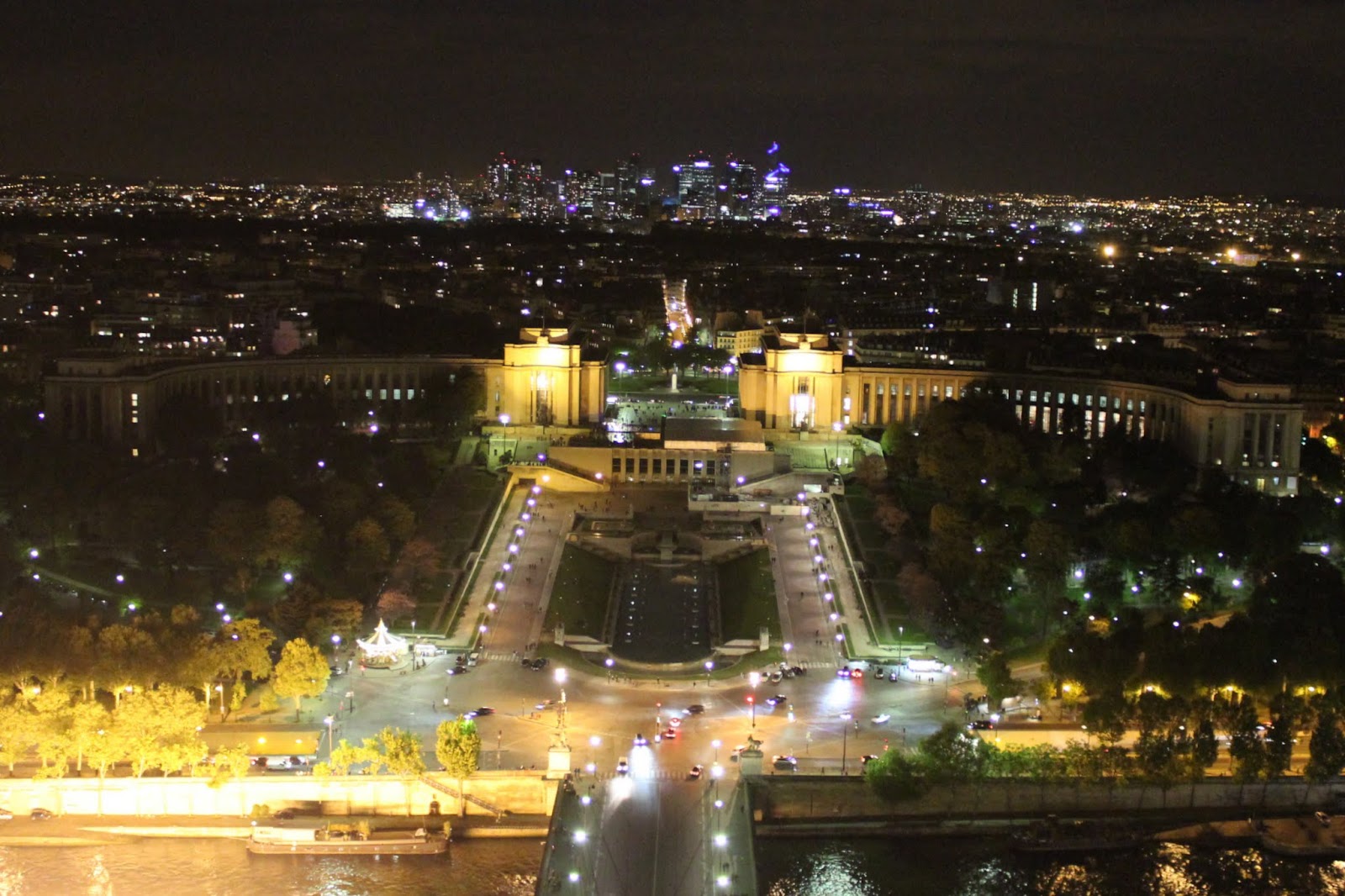 On a clear night such as this one, the views were incredible. 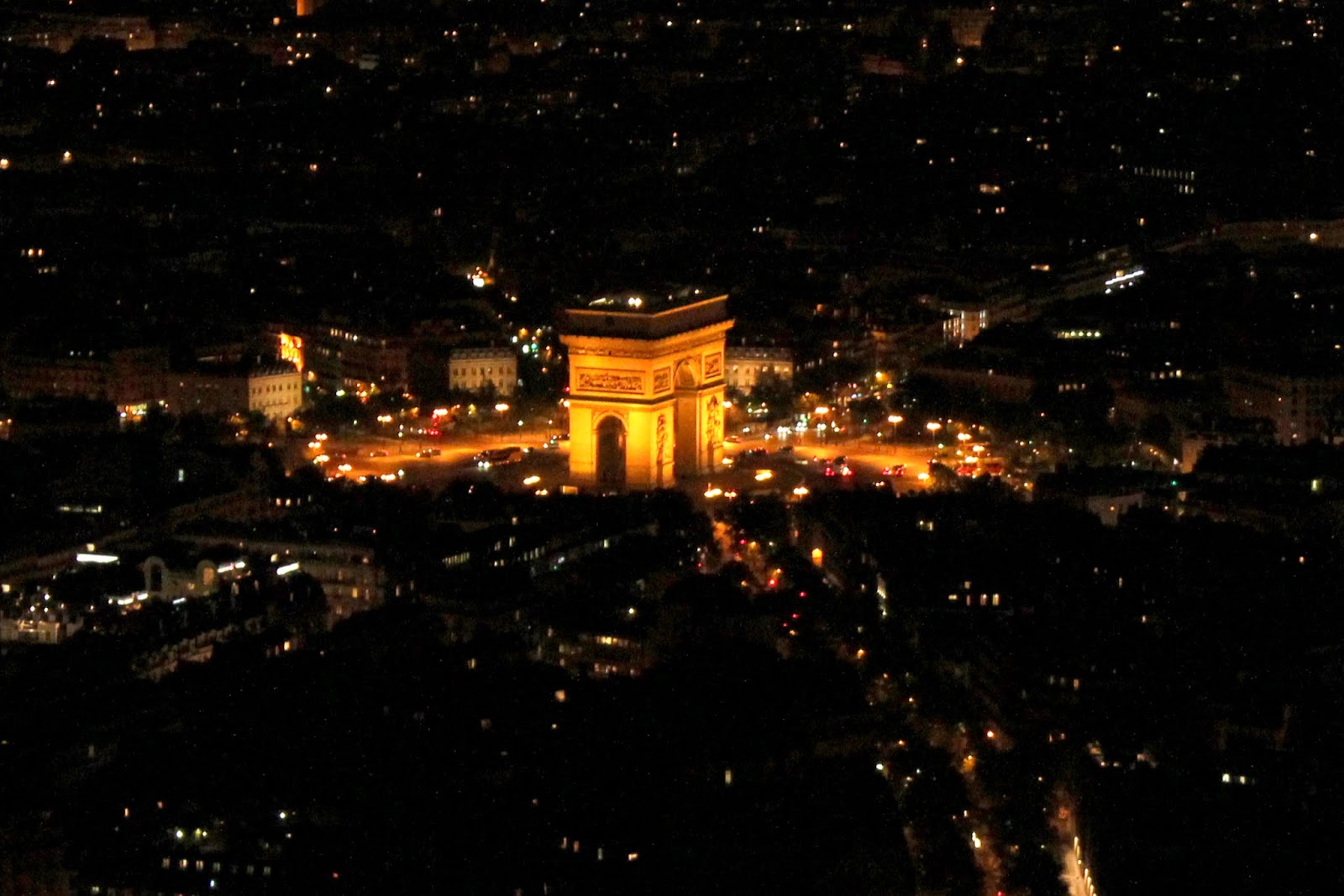 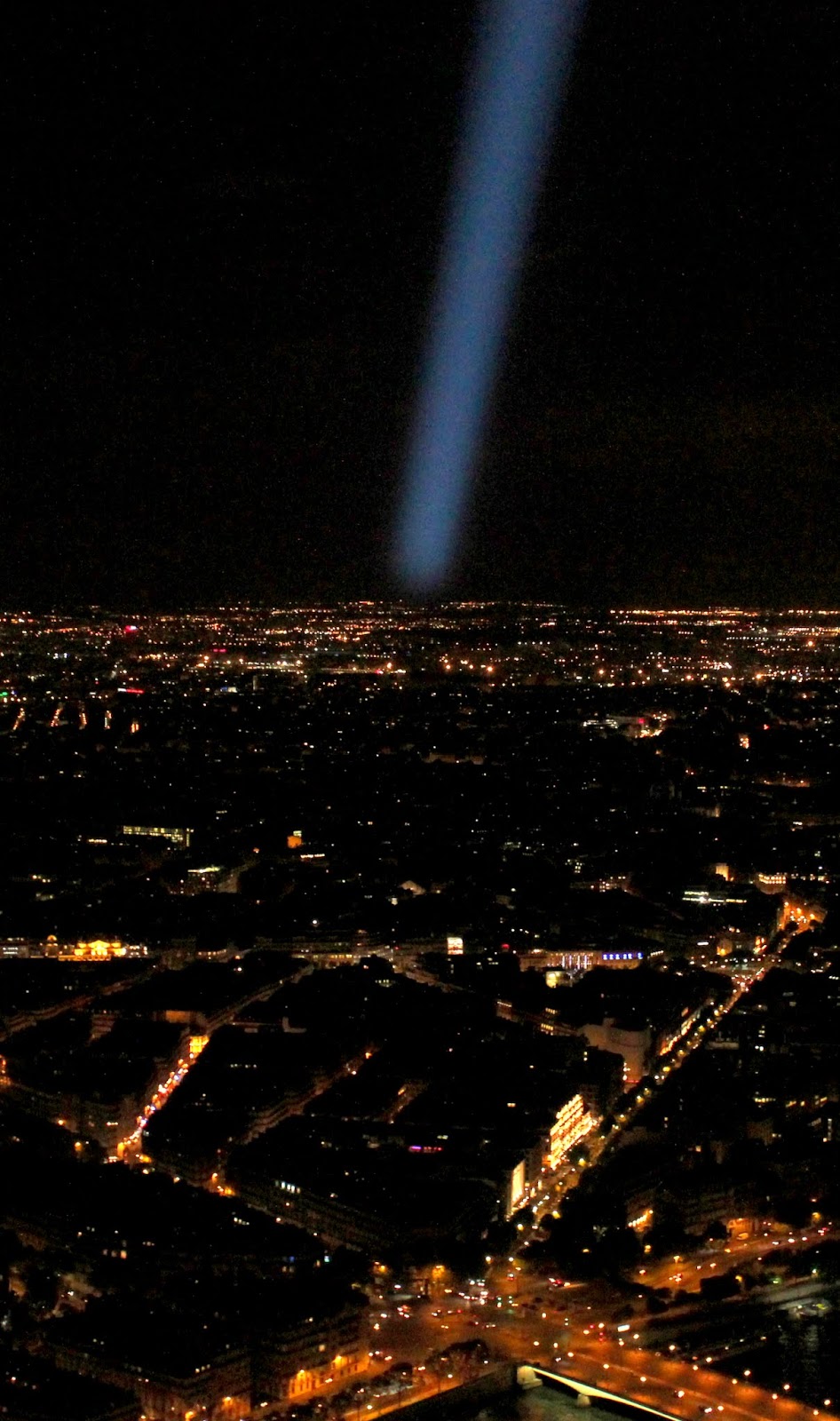 Shortly after midnight we departed the area, found a bus to take us home to Montmartre, and while we didn't walk the Champs-Élysées tonight, we did see it from the top of la tour Eiffel. We'll walk the grand avenue another time. 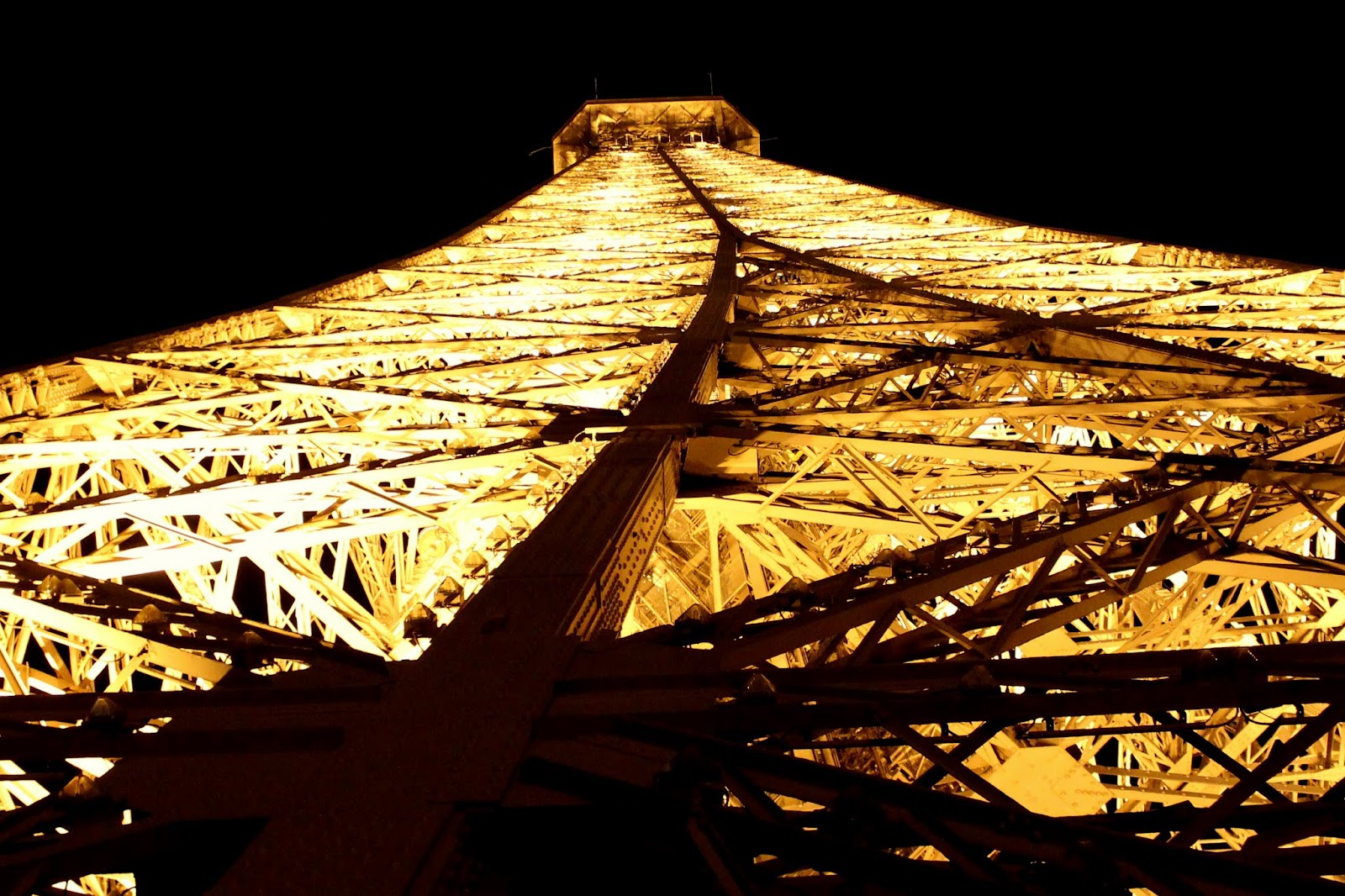