We've embarked on a walking tour, of sorts, of Paris, and before we begin all this walking, some facts and figures might be helpful. Or maybe not.

Settlement of Paris began around 4200 BCE. According to most scholars, by about 250 BCE the Parisii tribe (Celtic peoples actually) for whom the city is named, had established a defensive position on an island in the River Seine to control trade along it, which sounds almost like a city-state to me.

Well, that city-state idea was great until the Romans conquered and built a city they called Lutetia, on the left bank of the Seine. By the 6th century CE, the focal point moved back to where the Celts had established their original settlement and to what is known today as Ile de la Cite, around which our Paris has grown.

The city of Paris is relatively small: it's 105 square kilometres, with a population of only 2.25 million. What was once a city enclosed by Roman walls, is now defined by a ring road that surrounds the entire city, called the Périphérique.  Our apartment is located within the Périphérique in the 18th arrondissement  often referred to as Montmartre.

The larger metro region is about 12,000 square kilometres and has a population of over 12 million. The Paris agglomeration is the most populous urban area in the EU, and nearly one in five French citizens resides in this region.

Today, the Paris region accounts for 30 percent of the GDP of France and is home to the third-largest number of Fortune 500 company headquarters, behind only Beijing and Tokyo, surprising those who think of London, New York or Shanghai as being more significant, at least in a corporate sense. 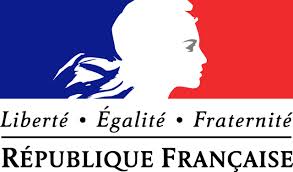