Well, it didn't take long. Just a few days in fact. We've tried a couple of places for our morning fix of coffee and seem to have settled on Le Brio on rue Marcadet. 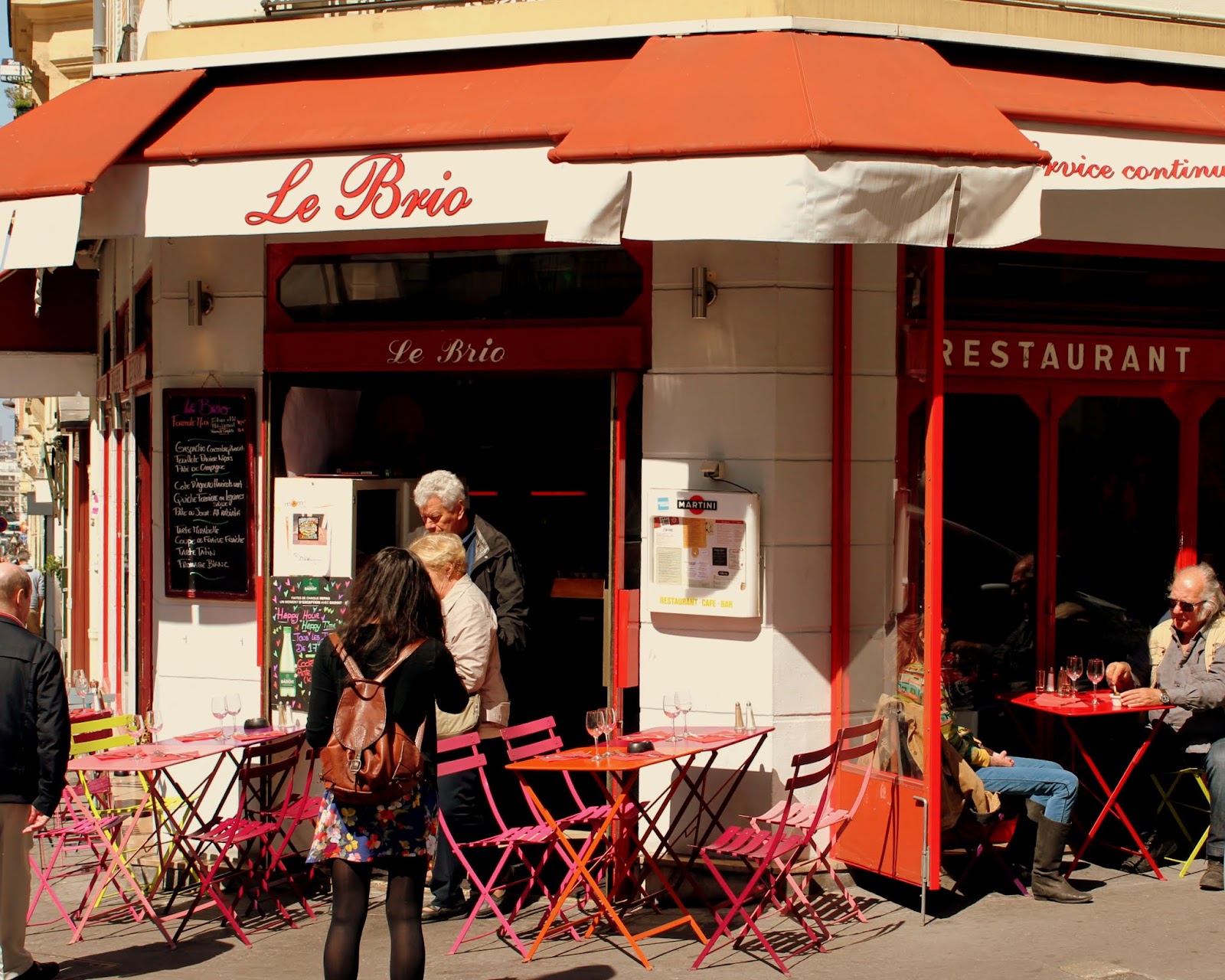 There are probably ten different cafés within easy walking distance of our place in the 18ieme and Le Brio is just around the corner. It's a restaurant-bar in the traditional French sense; early to open and late to close, with coffee, beer, wine and spirits, plus a full kitchen throughout much of the day. Le Brio is a busy place, especially at noon and again around the dinner hour, which tends to be later than what might be expected in Canada. 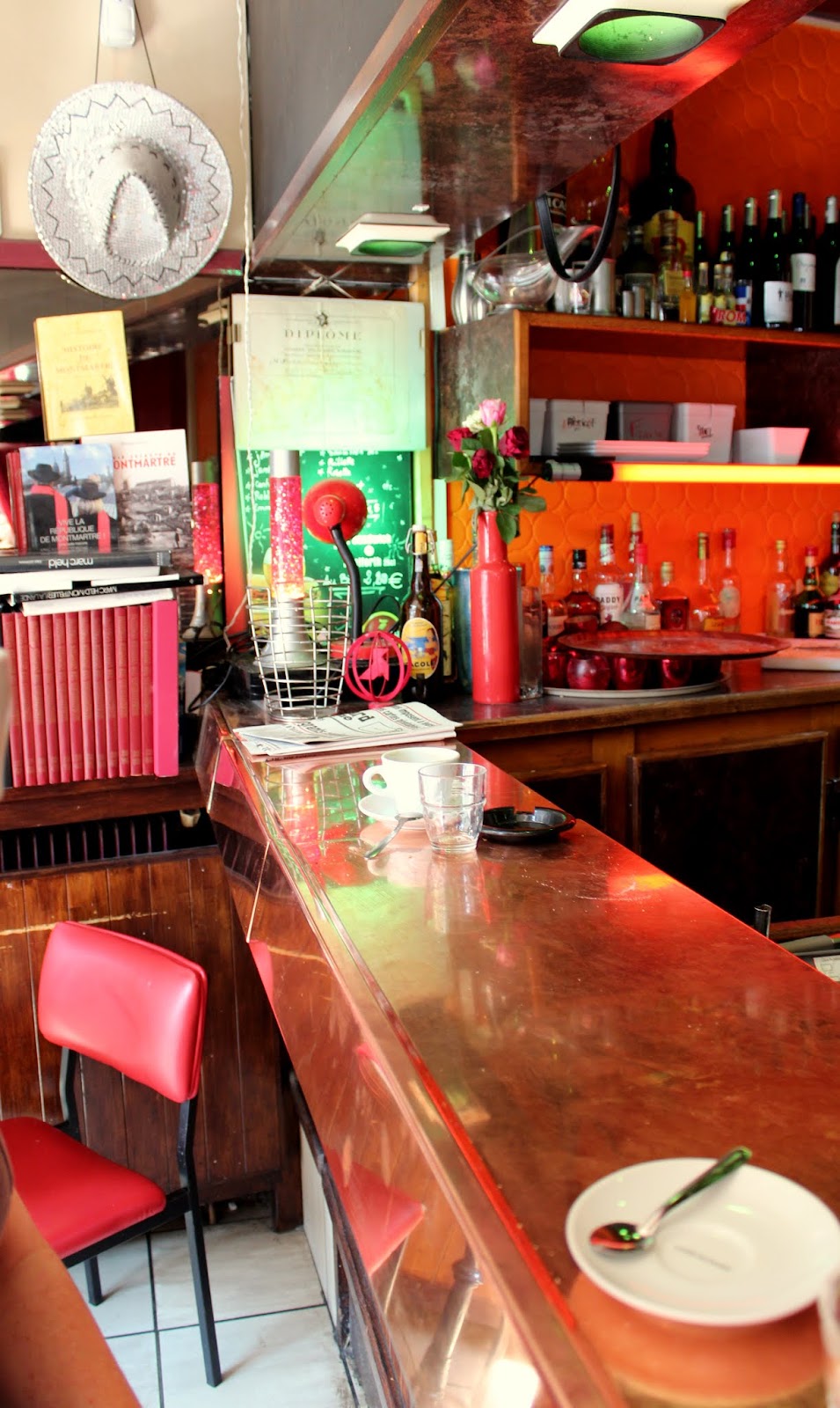 Le Brio is very much a neighbourhood  café . There are lots of locals and the regulars are greeted by name. The service is friendly and personable, if at times a bit like Fawlty Towers. Becoming regular faces after just a few days we too are greeted amiably by the manager and staff. In fact, we no longer have to order as our waiter prepares our coffees as soon as she sees us come in the door. That does present a minor problem when one of us wants to try something different, but it's a minor quibble. 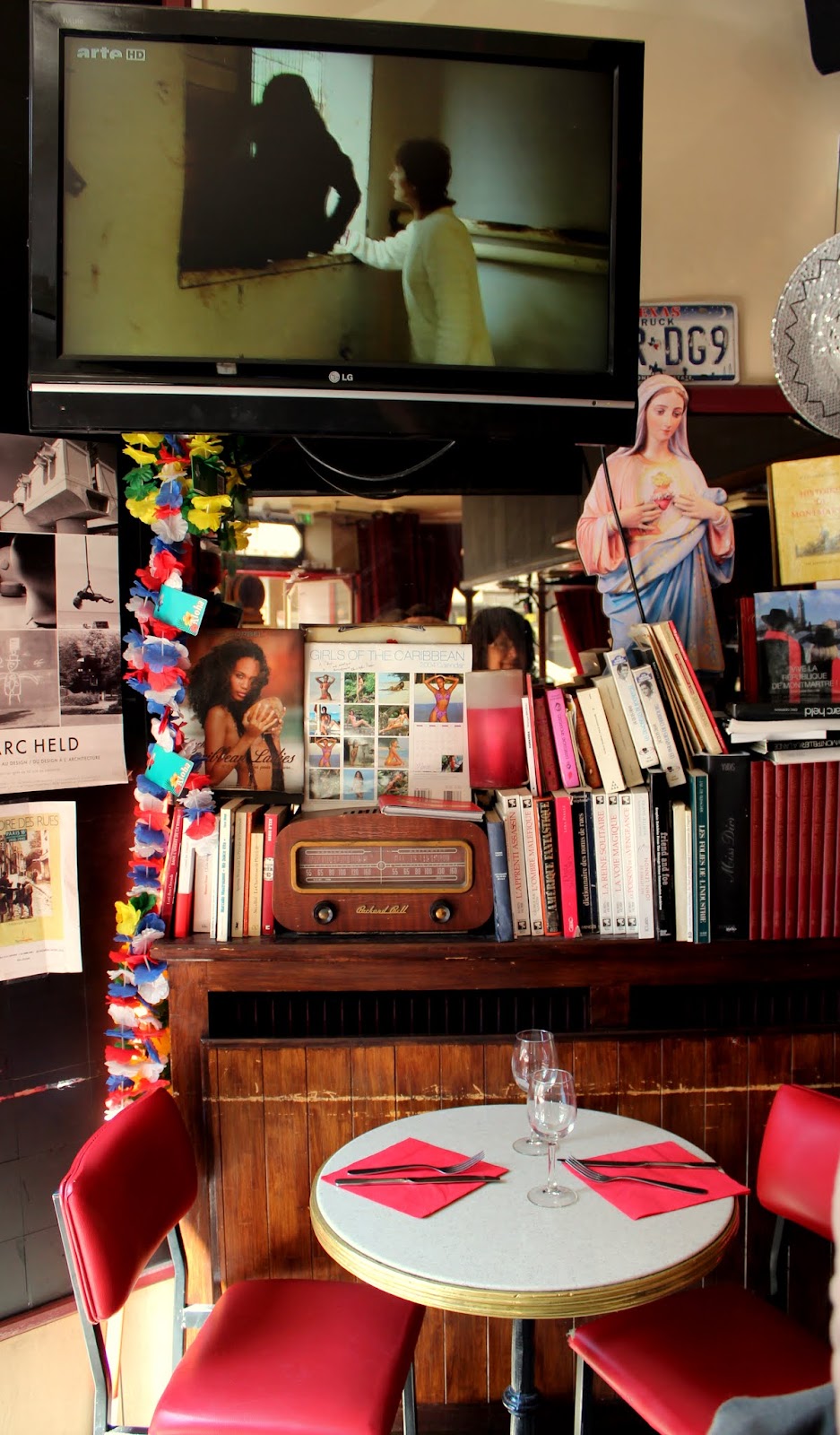 The decor is eclectic to say the least and kitschy doesn't tell the whole story. A poster of the Virgin Mary appears beside a calendar of Caribbean women in various states of undress. Cowboy hats and a license plate from Texas collide with art books and a matte cup from Argentina. There's a video screen of course, not tuned to a sports channel, but rather to arte, the international French language arts and culture network. Several mornings in a row, the channel featured a program on gorillas and I became involved in a discussion at the bar about these creatures. I fear my French language skills approached gorilla-like standards, yet my comrades were patient and forgiving. 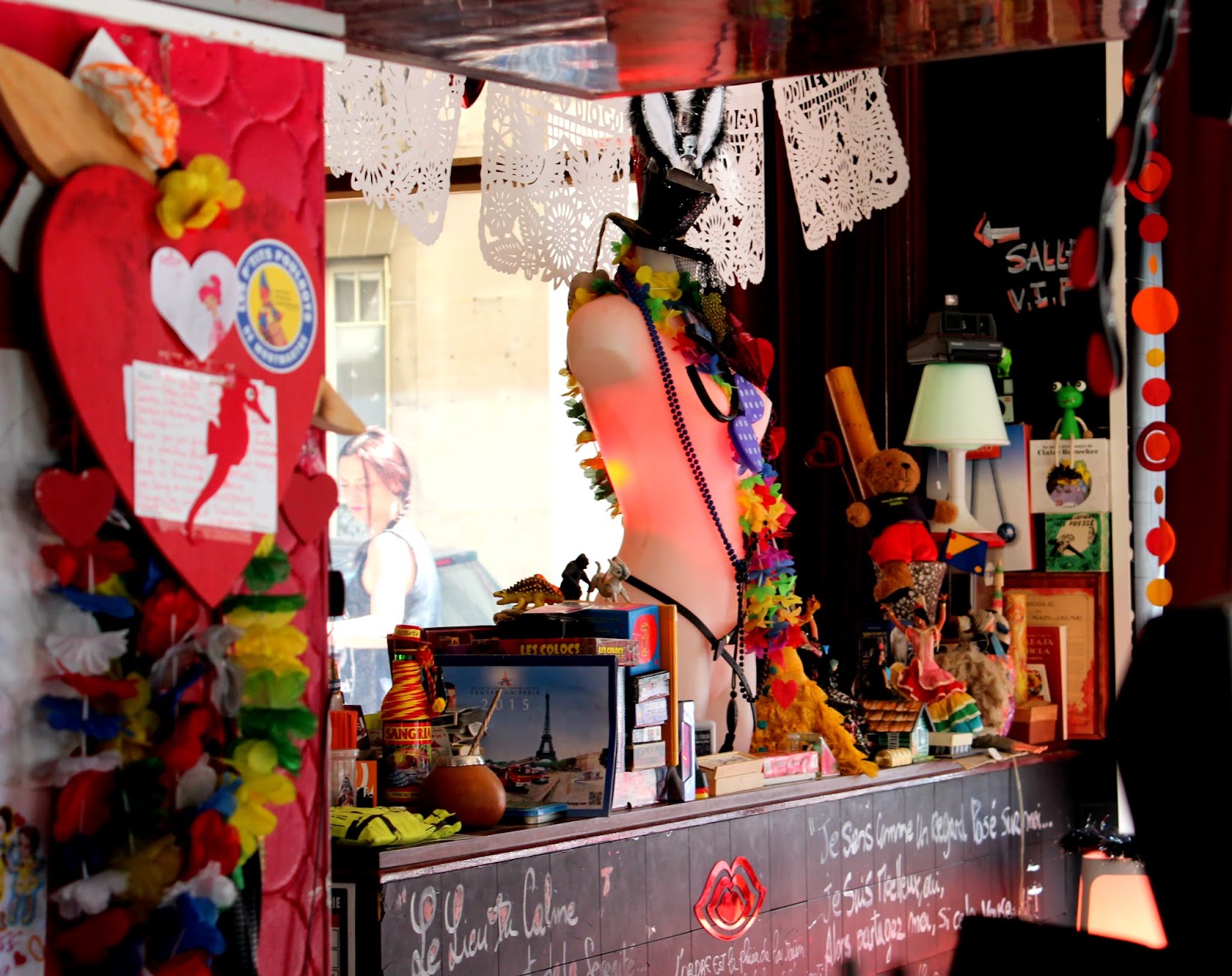 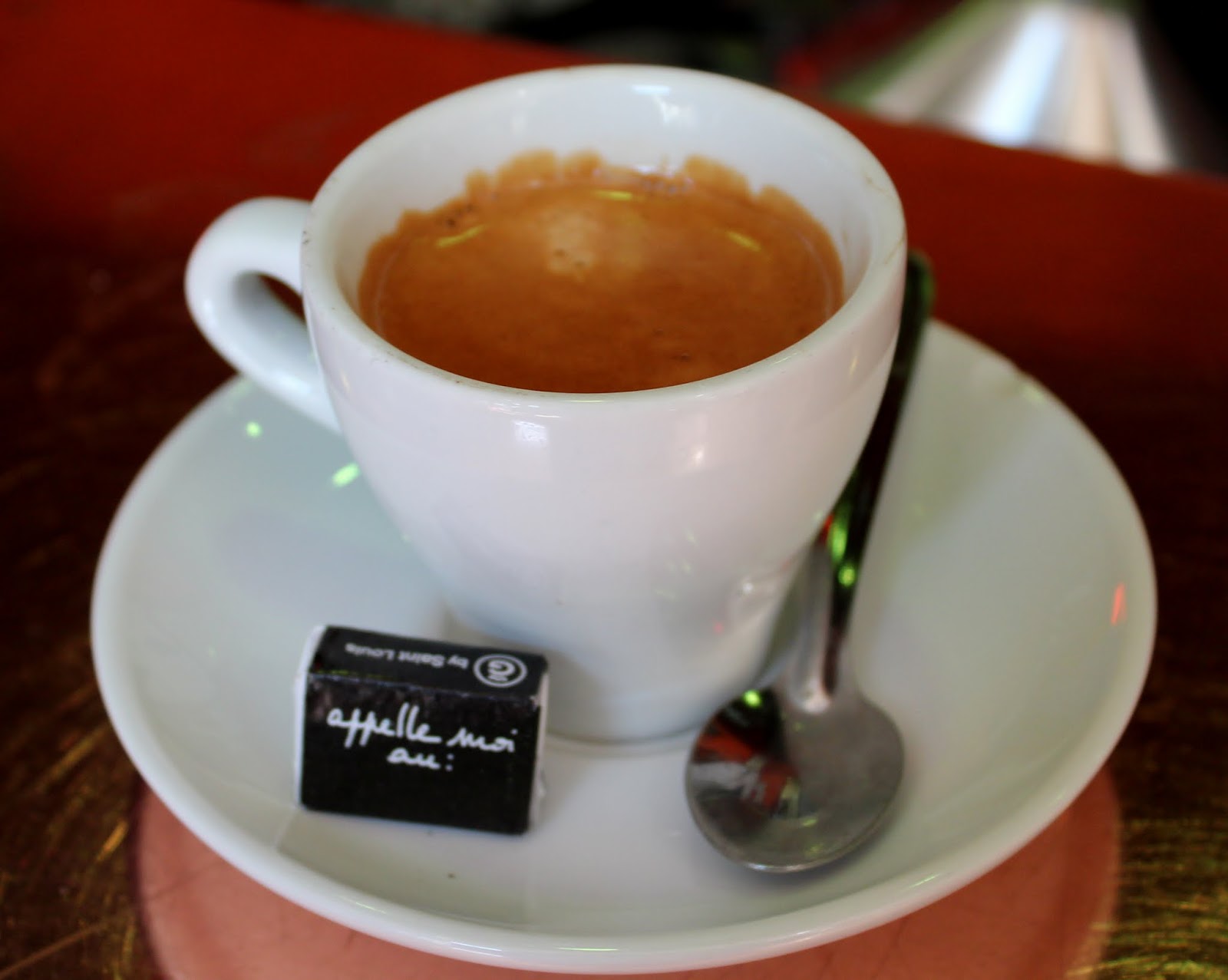 The coffees at Le Brio are highly acceptable. Beans are ground with each order and the crema is usually rich. In Paris, when one orders un café, an espresso drink will arrive. It might be slightly more bitter tasting than what you are used to having in Canada. A lump of sugar is provided, but never milk or cream. 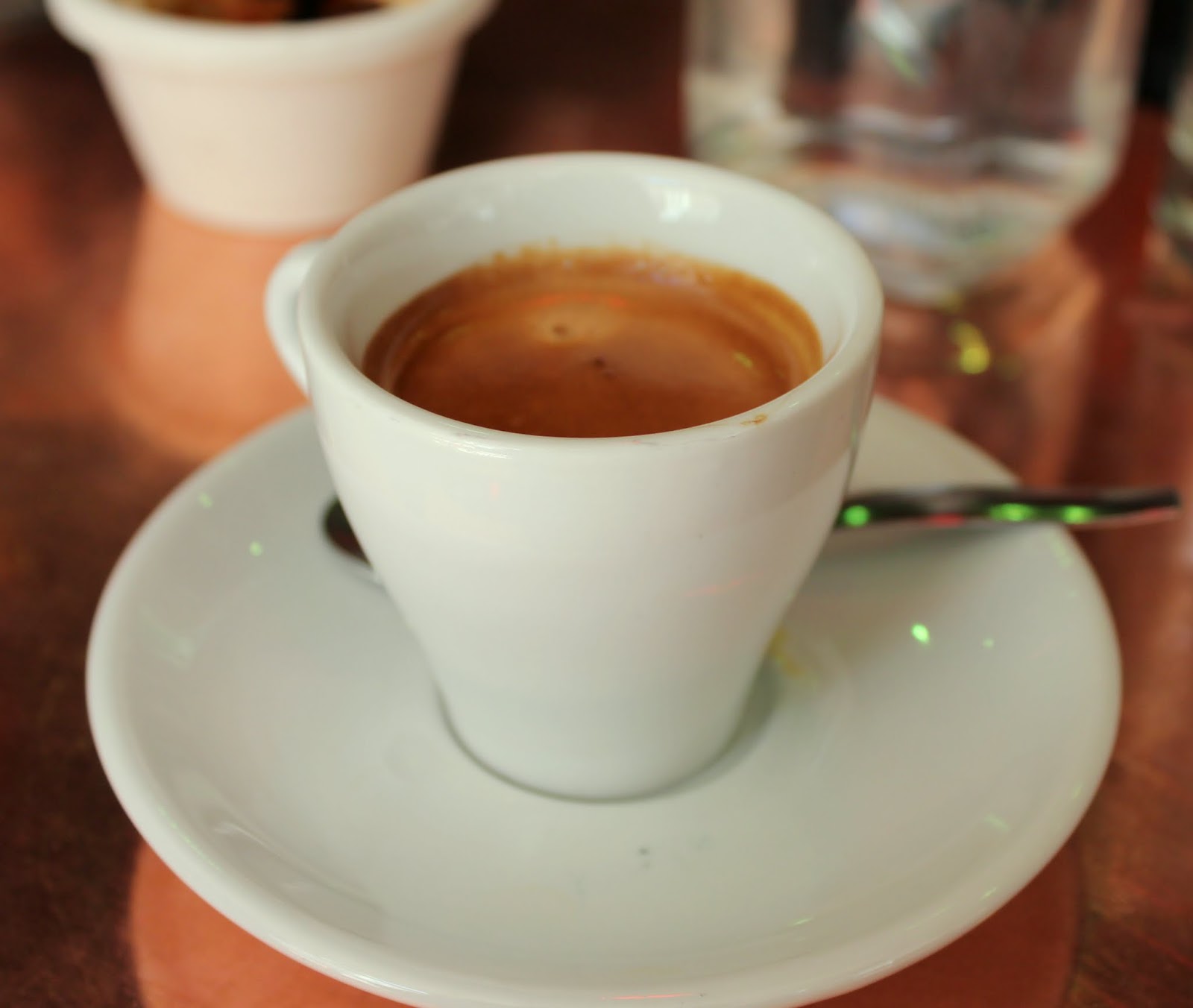 Un café filtré, also known as a café américain, is as we might expect: an espresso with added hot water.

Technically café crème and café latte are different drinks (hot cream or milk) though many cafés will have difficulty differentiating between the two. Cappuccinos usually feature whipped cream on top and are rarely ordered by any sane Parisian, though some cafés will accommodate tourists and therefore charge accordingly.


A coffee drink to consider is a café noisette, or simply: noisette. This is an espresso with a spot of cream added. Its name comes from the French word for hazelnut and because of its colour. There won't be any flavouring added to this coffee. 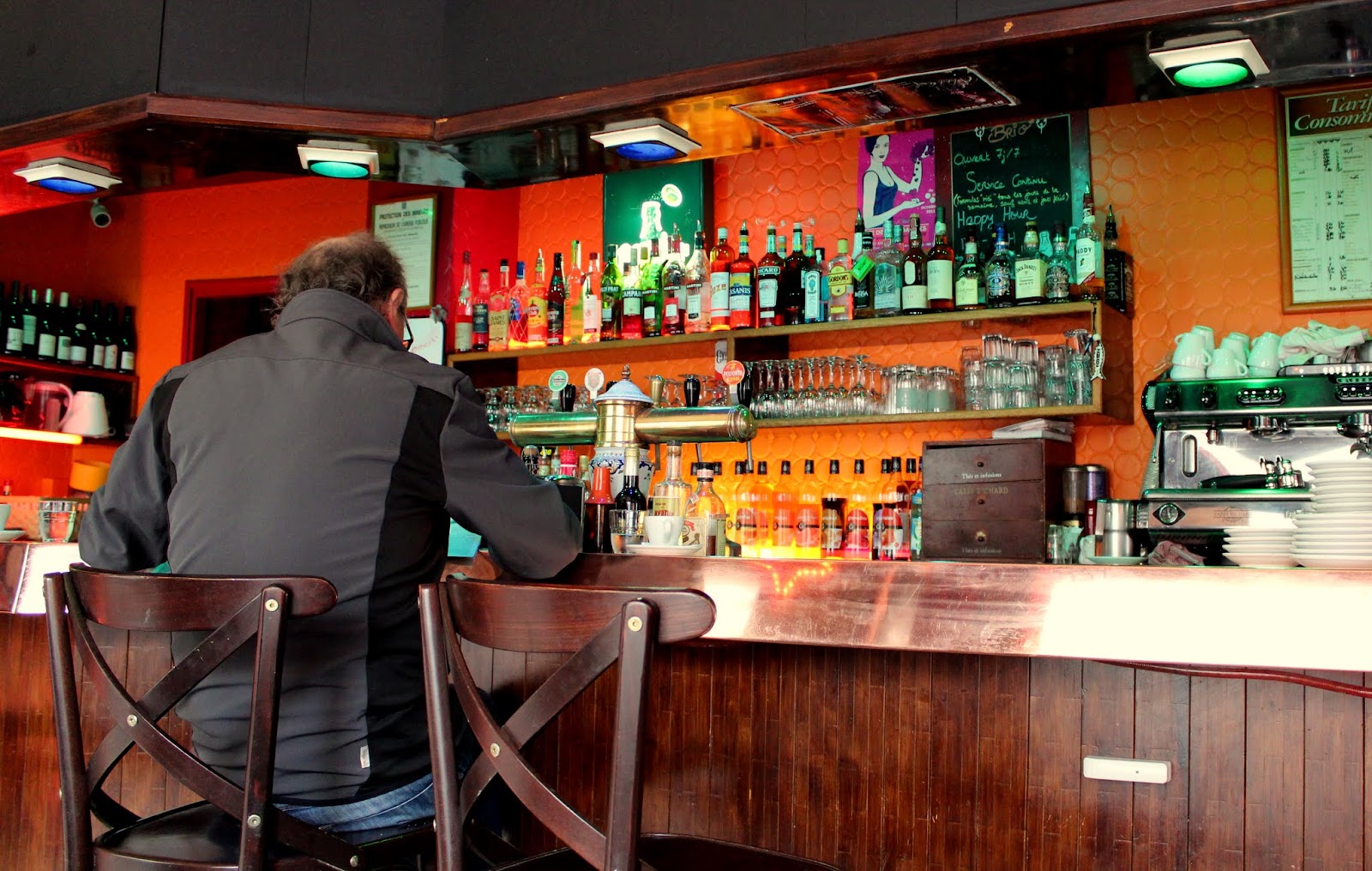 Of note: it is less expensive to sit or stand at the bar for a coffee or a quick drink. Taking up space at a table, especially an outside table, will bring a higher charge, even for the same drink. At Le Brio, un café  served to your table on the sidewalk will be 2 euros. At the bar, standing or sitting if a chair is available, the same coffee will be only 1 euro. Sometimes it is nice to sit outside. Sitting inside at the bar however, can be fun and provide an opportunity to practise your French. And talk about gorillas.