Bikes, scooters and ... the romance of a Vespa 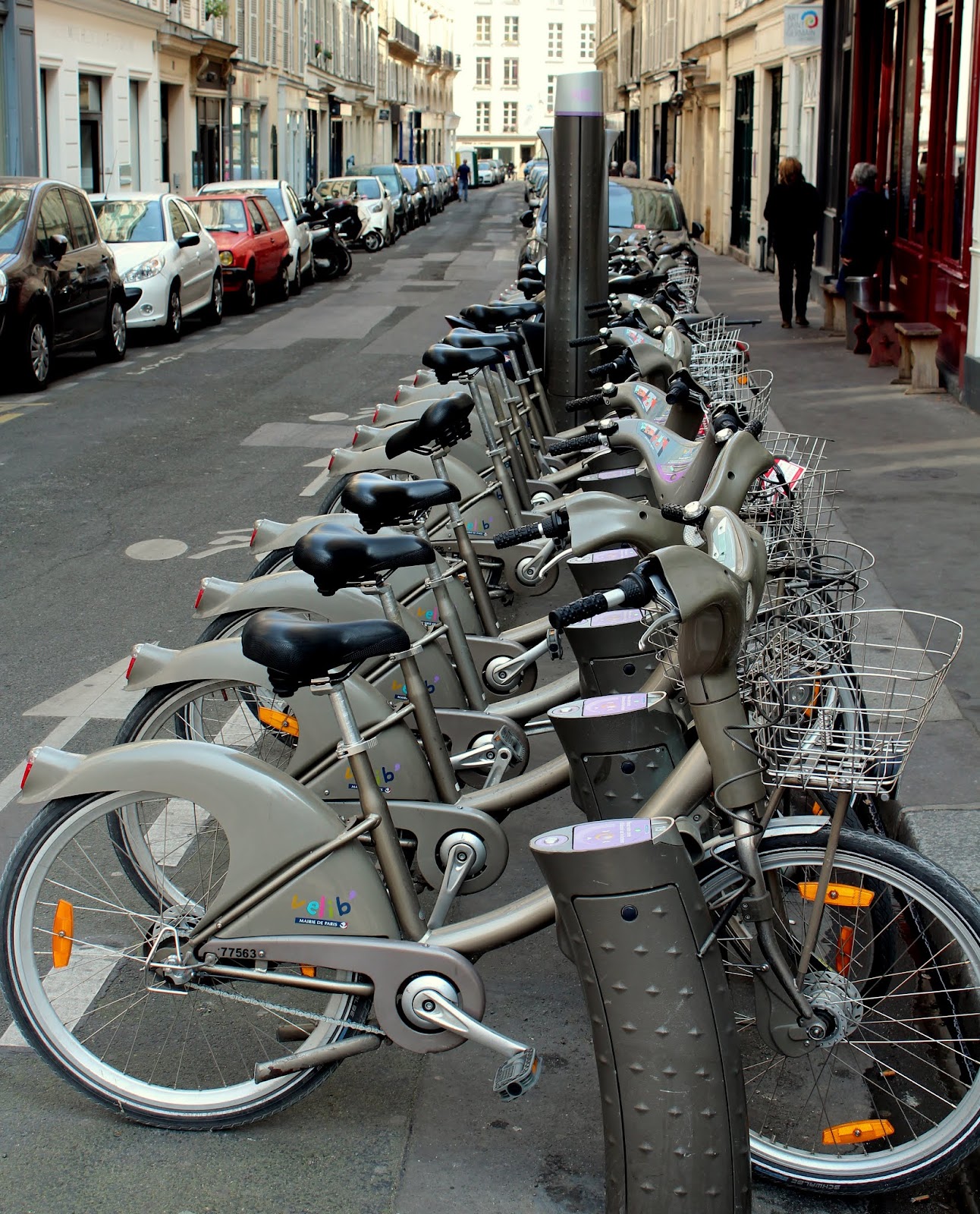 Bikes are everywhere in Paris. On the streets and sometimes on the sidewalks. It is important to look both ways when crossing the street. Then close your eyes and cross. 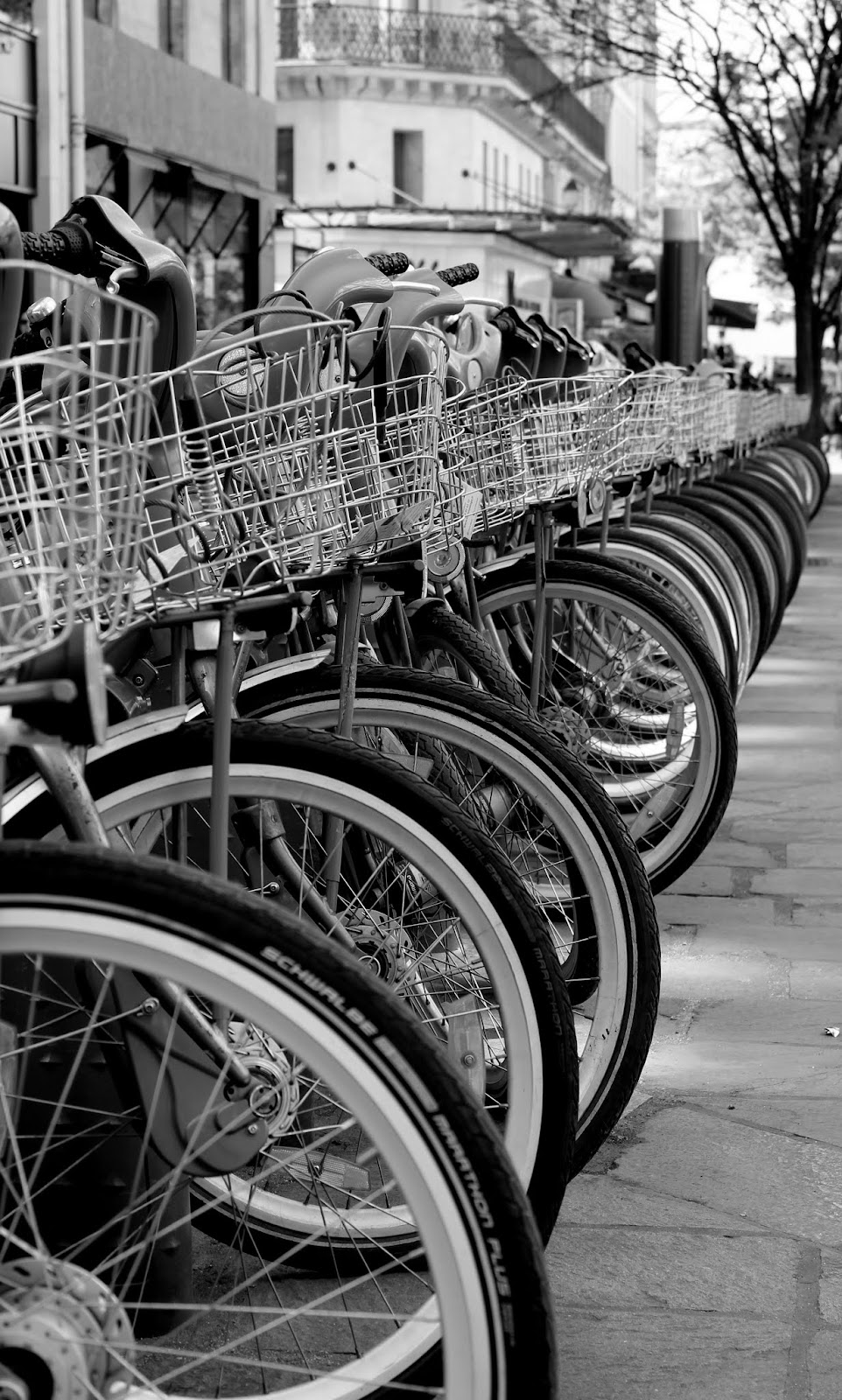 Individuals can have their own bikes in this city of course, and for those of who can't, there is Vélib’, a bike-share program offered by the City of Paris. The Vélib’ initiative was first presented by Paris mayor and French Socialist Party member Bertrand Delanoë. The Vélib’ system was launched in 2007 with 7,000 bikes available across central Paris. Today there are more than 20,000 bikes available from 1,800 stations located every 300 metres (well, that's what they say) throughout the city. All you need is a credit card. 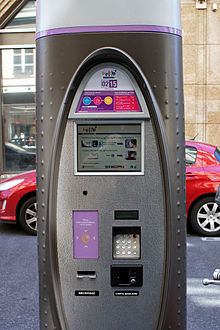 During its first year of operation over 20 million bike trips were made by Vélib’ users. Last year trips exceeded 200 million and Paris is home to the most successful bike-share program in the world. And yes, there are bike lanes, sometimes where you might least expect one, like on the sidewalk, but that's another story. 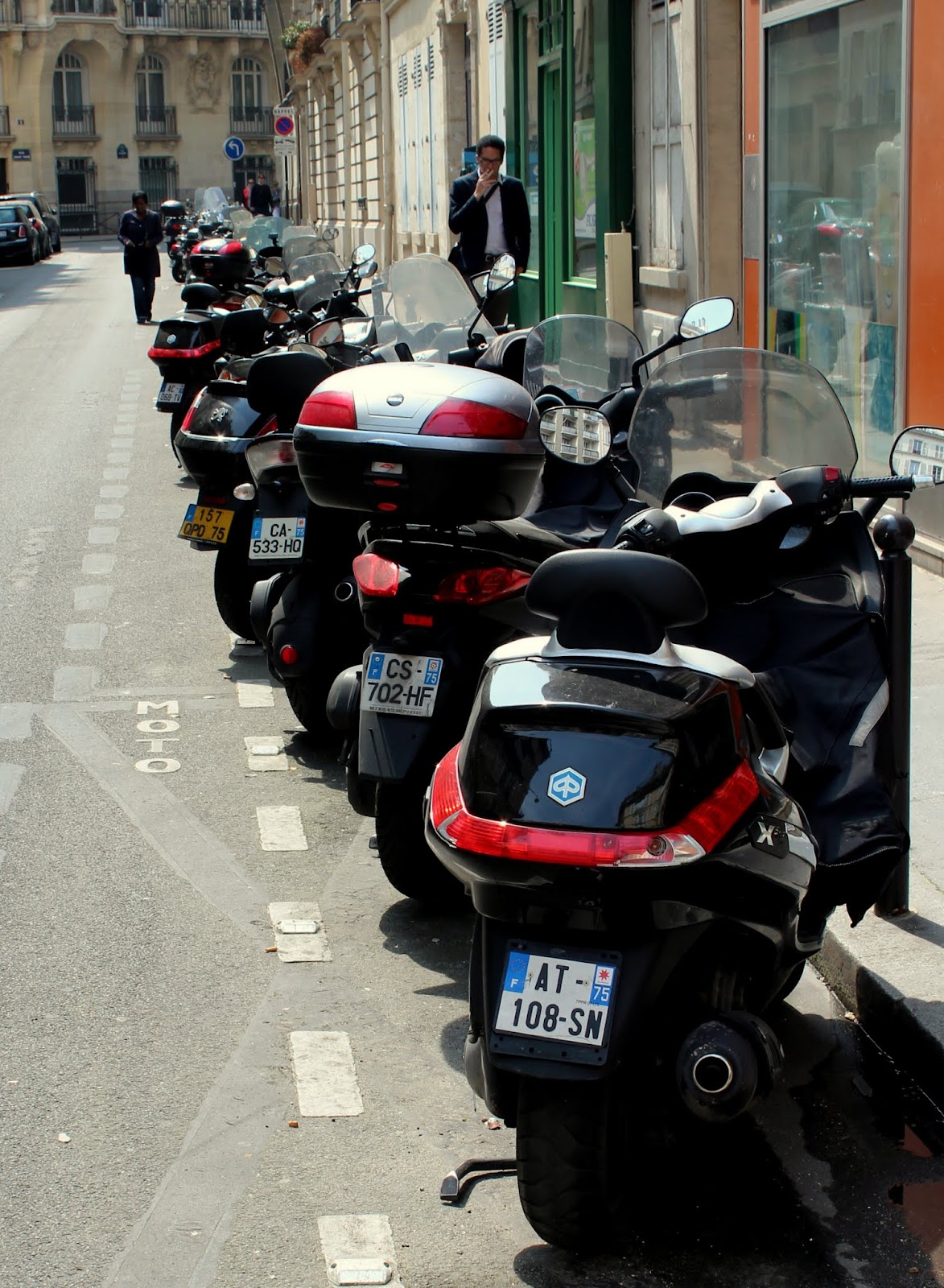 Motorbikes are a popular form of transit. Less expensive to operate than a car and much easier to manoeuvre through the Paris traffic, they come in all shapes and sizes, with two wheels or three. Riders can appear on sidewalks too, looking for a parking space along a busy street.

Most motorcycle riders are by themselves; one rarely sees a passenger. However. Once in a while, for those of us who grew up in a long ago time and place, we glimpse an almost forgotten memory befitting a trip to the most romantic city on the planet. It's a Vespa. A young man and a beautiful woman, her arms wrapped round his waist. Riding through Paris. 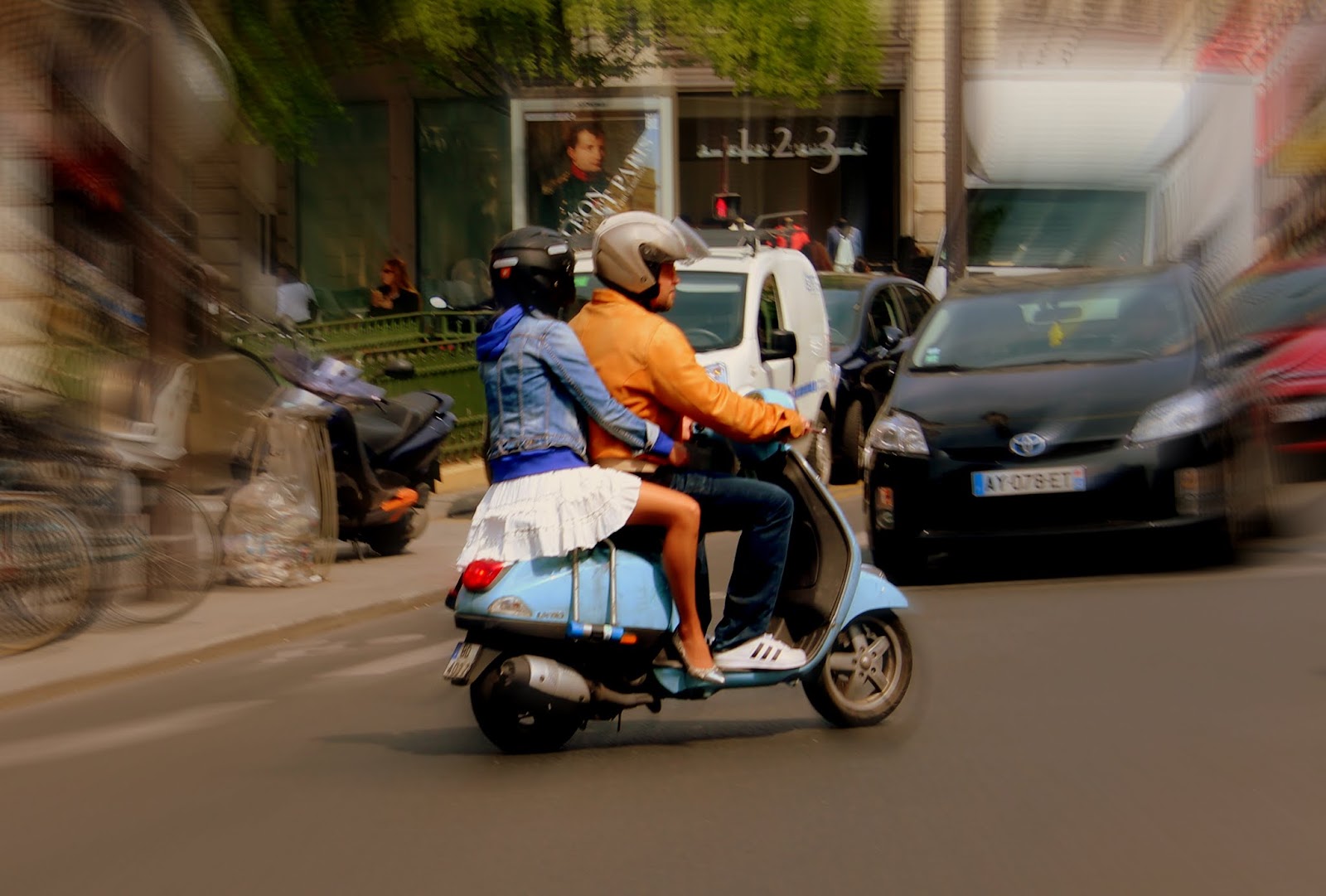 When I first visited Paris, barely out of my teens, I saw the Vespa riders as I walked through the Left Bank and Montmartre. At that time no one wore helmets. It might have been a more dangerous time in some ways, and yet, it was a beautiful time too. It's nice to see again. Even with helmets.

And the couple on the left could only be Jeem et Sherry. With helmets. And the romance of Paris.